The Stanford Center on Longevity Design Challenge offers cash prizes and free entrepreneur mentorship in a competition open to all university students around the world who want to design products and services which optimize long life for us all. This year’s challenge consists of three categories: Mind, Mobility, and Financial Security.

Each of these tracks will have its own expert judges, award up to $17,000 in total cash prizes, and offer sponsored travel to Stanford, where finalists will present their designs to renowned industry, academic, and government leaders.

Background
Designers and technologists are waking up to aging societies as a major trend of our century, but they most often view aging as what happens to someone else. In our rush to fix problems, we are ignoring possibilities that could lead to greater happiness for individuals in later life. We need to understand the goals and dreams of older individuals from their perspective and create solutions that help them live the best life possible.

Design Track Categories
The challenge will consist of three tracks: Mind, Mobility, and Financial Security, reflecting the Center’s belief that people thrive best when they are mentally sharp, physically fit, and financially secure throughout their entire lives. Each of these tracks will have its own expert judges, award up to $17,000 in total cash prizes, and offer sponsored travel to Stanford, where finalists will present their designs to prominent industry, academic, and government leaders.

Examples may include solutions that: 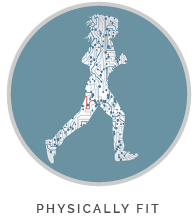 Remaining active physically creates a multitude of benefits: reduction in chronic disease, protection against heart disease and depression, and enabling independence. It is increasingly apparent that even relatively moderate amounts of activity provide significant benefits. The goal of this challenge is to build activity into life by making activities fun.

Examples of the kinds of solutions we envision include: 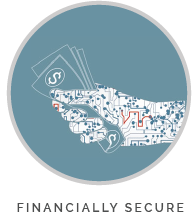 Happiness comes in large part from financial security — but it’s often difficult for the young and even middle aged to start and stick with lifetime fiscal plans. This challenge looks for ways to make this planning easier, less stressful, and more successful.

Solutions to this challenge could include:

• Invent ways to get younger people to create a lifetime financial plan
• Gamification
• Models that create milestones at different life points
• Find ways to create continual awareness of how financially fit you are –is there a “Financial Fitbit”?
• Build tools for envisioning financial outcomes based on current decisions
• Find ways to encourage intergenerational conversations about money

The challenge is organized into two phases that are synchronized with the 2015-2016 academic year.

During this period, our judging panel will select a small number of finalists. Finalists will be announced in mid-January.

During Phase II, finalists will be asked to further develop their idea and to prepare a presentation to be given at the Awards Ceremony at Stanford University in April of 2015 (exact date TBD). Mentors from corporate partners and industry experts will be available during this period. At the Awards, one team representative will present their idea to the judges who will then pick the First, Second and Third place winners.

Solutions must be submitted through the Skipso Labs Competition Management Platform. Submissions will be accepted up until December 11th, 2015 at 5:00 pm Pacific Standard Time.

Phase I submissions can include any type of documentation needed to describe your design and how it helps address the challenge. You may also submit an optional 2 minute or shorter video.