Is It Better Never To Have Been Born? (anti-natalism)

[Editor’s note: Transhumanism claims that there is a situation in which we find ourselves that can be improved through applying reason, science, and technology, and that doing so is desirable. It seems therefore that we are also assuming a priori that existence is preferable to non-existence. Agree or disagree? Share your views in the h+ Connect forum below.] 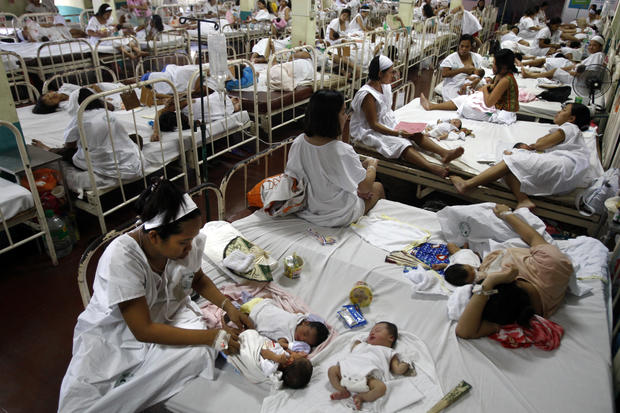 David Benatar is professor of philosophy and head of the Department of Philosophy at the University of Cape Town in Cape Town, South Africa. He is best known for his advocacy of antinatalism. His article, “Why It Is Better Never to Come into Existence,” espouses the view that it is always a harm to be born. In addition he wrote a book on the same topic: Better Never to Have Been: The Harm of Coming into Existence

It is commonly assumed that we do nothing wrong bringing future people into existence if their lives will, on balance, be good. This assumes that being brought into existence is generally beneficial. In contrast Benatar argues that: “Being brought into existence is not a benefit but always a harm.” While most people maintain that living is beneficial as long as the benefits of life outweigh the evil, Benatar argues that this conclusion does not follow because: 1) pain is bad, and 2) pleasure is good; but 3) the absence of pain is always good whether people exist or not, whereas 4) the absence of pleasure is only bad if people exist to be denied it.

To support this asymmetry between 3 & 4 Benatar presents three arguments. The first is that: 1) while there is a duty not to bring people who will suffer into the world (supports 3), there is no duty to bring people who will be happy into the world (supports 4). Thus a lack of suffering is always good, whether or not someone enjoys this absence; whereas a lack of happiness is not always bad, unless people exist to be denied it.

His third argument to support the asymmetry is that while not having children may be bad or good for the living, not having been born cannot deprive those who have never been born of anything.

To further his argument, Benatar notes that most persons underestimate how much suffering they will endure. If their lives are going better than most, they count themselves lucky. Consider death. It is a tragedy at any age, and only seems acceptable at ninety years of age because of our expectations about life-spans. But is lamenting death inconsistent with his anitnatalism? Benatar thinks not. While non-existence does not harm a possible person, death is another harm that will come to those in existence. In response you could say that you can’t be mistaken about whether you prefer existence to non-existence. Benatar grants that you may not be mistaken, if you claim that you are currently glad to have been born, but you could still be mistaken that it was better to have been born at all. You might now be glad you were born, and then suffer so badly later that you change your mind. (I might wish I hadn’t been born, after I find out what’s in store for me.)

What follows from all this? That we shouldn’t have children? That no one should have children? Benatar claims that to answer yes to these questions goes against a basic drive to reproduce, so we must be careful not to let such drives bias our analysis. Having children satisfies many needs of those who bring children into existence, but this does not mean it serves the interests of the children—in fact it causes them great harm. One could reply that the harm is not that great to the children, since the benefits of existing may outweigh the harm, and, at any rate, we cannot ask future persons if they want to be born. Since we enjoy our lives we assume they will too, thus providing the justification for satisfying our procreational needs. Most people do not regret their existence, and if some do we could not have foreseen it.

But might we be deceiving ourselves about how good life is? Most of us assume life would be unbearable if we were in certain situations. But often, when we find ourselves in these situations, we adapt. Could it be that we have adapted to a relatively unbearable life now? Benatar says that a superior species might look at our species with sympathy for our sorry state. And the reason we deceive ourselves is that we have been wired by evolution to think this way—it aids our survival. Benatar views people’s claims about the benefits of life skeptically, just as he would the ruminations of the slave who claims to prefer slavery to death. Benatar concludes by saying: “One implication of my view is that it would be preferable for our species to die out.” He claims that it would be heroic if people quit having children so that no one would suffer in the future. You may think it tragic to allow the human race to die out, but it would be hard to explain this by appealing to the interests of potential people. He concludes that it is better never to come into existence, as being born is always a harm.

Reflections – Benatar relies on an asymmetry to claim that it is better never to have been born, and it would be a good thing if the human race became extinct. The validity of this asymmetry is open to question. Yet despite its philosophical subtlety, it is hard to believe that Benatar believes his own argument. Can one really prefer eternal nothingness to the possibility of a good or bad life? If I prefer to remain alive, I am not implicitly accepting that life is better than non-life? Does it really make sense to dedicate a book to the parents who harmed you by bringing you into existence? Still, Benatar’s arguments are persuasive enough that I cannot find any knock-down arguments against them, although I urge caution against accepting philosophical prescriptions that, if followed, will result in the death of the species. Surely we ought to tread carefully here despite the power of Benatar’s claims.

I find this one of the deepest, most troubling, and hardest to evaluate pieces I’ve ever read. A possible answer might be to accept the truth of Benatar’s assertions regarding the history of cosmic evolution to the present—so far pain and unhappiness have outweighed their opposites and so far it would have been better never to have been—but suggest that a glorious future is in store for our descendents. This future will make the long, painful struggle of life and consciousness ultimately worth it. Thus the end state will be so rewarding that we can say, in retrospect, that it was better to have been.

Still this kind of eschatological talk scares me, inasmuch as it relies on a future that may not transpire. It also implies that somehow the future will justify past suffering. If this justification depends upon an eternal plan, then the eternal planner is exceptionally evil. As Dostoevsky said, the torture of a single child cannot be justified by a good future. But if reality was a matter of happenstance, and if all those who previously suffered somehow partake in this better future, then one might justifiably conclude that, on balance, it was better that consciousness arose.

Still I don’t know if my argument works against Benatar, and the whole question strains my limited intellectual faculties. Perhaps we just have to hope that life is worth living. But then this is really no answer either. As for me, I now find my life to be quite worthwhile. However, if at some point in the future that it not the case , then I hope to have the option to end my life without help, or be able to get help ending it if necessary. I also hope that my family reads the pieces I have written on this topic, as well as consult my end of life documents. Until then, I want to follow the advice of Thoreau:

… to front only the essential facts of life, and see if I could not learn what it had to teach, and not, when I came to die, discover that I had not lived. I did not wish to live what was not life, living is so dear; nor did I wish to practise resignation, unless it was quite necessary. I wanted to live deep and suck out all the marrow of life …