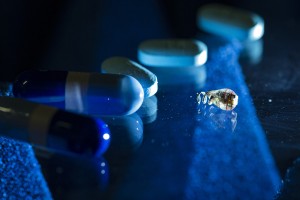 My father-in-law had a cardiac pacemaker implanted when he was in his mid-80s. He had it replaced after about 5 years because the battery failed. This is a common occurrence and even though pacemakers have become smaller, the battery represents the single component in the form factor that restricts them from becoming really tiny while at the same time requires them to be replaced periodically.

That may no longer be the case. Stanford University researchers have revealed a safe way to wirelessly transfer energy to implanted devices inside the body. The first experiments have been with pacemakers no bigger than a grain of rice. And these pacemakers come with no battery.

The first is far-field waves which either are reflected or absorbed by objects like the waves in a microwave. The second is near-field waves commonly used today for powering hearing aids but lacking any significant range.

Mid-field wireless transfer focuses energy on implants deep within a body. In this case the implant is an electrostimulator and the test subject was a rabbit. The pacemaker consisting of a tiny receiver coil combined with an electrostimulator, and a mere 2 millimeters (0.078 inches) in length with a weight of 70 milligrams (0.0025 ounces) was implanted in the rabbit’s heat muscle.

The power source, described as a 6-centimeter-squared metal plate (less than a square inch), was placed on the surface of the rabbit’s skin. The mid-field wave propagated sufficient energy which was then transmitted to the electrostimulator with no damage to any other tissue in the rabbit’s body.

The results, published in the current issue of the Proceedings of the National Academy of Sciences of the United States, described the successful test. The device that the rabbit received had no battery. In future a micro-battery could be coupled to the electrostimulator making it possible to recharge it with the swipe of a surface device smaller than a credit card.

What it would mean for the 700,000 patients who need pacemakers each year, is no more surgery to implant and replace pacemakers. No more implanting of lead wires. And no more infections that in a small percentage of procedures leads to post-surgical complications.

This is not the first time I’ve written about the miniaturization of pacemakers. Back in December of last year I described the Micra TPS, which currently is in clinical trial.

Not surprisingly human clinical trials are planned for this new technology which is indeed the tiniest pacemaker designed to date. Just how small?  Look at the picture below. The electrostimulator sits next to a capsule like one of the two I swallowed two days ago to relieve a headache.

This article originally appeared on his blog here: http://www.21stcentech.com/pacemakers-batteries-technology-coming/