Suspended Animation is About to Become a Reality

In the 1984 film 2010: The Year We Make Contact, an American crew are kept in suspended animation on a Soviet ship enroute to Jupiter to find out what happened to the American Discovery spacecraft. Upon reaching Jupiter the Americans are awakened from cryogenic pods to carry out their mission. 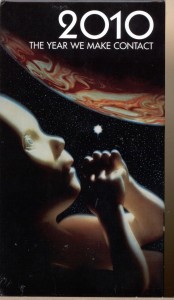 This scenario of science fiction may soon become science fact. Researchers in the field of acute care are studying ways to freeze a person without killing them, putting them into suspended animation. Why? To buy more time in trying to treat a disease currently without a cure or to stop an injured person from bleeding out or arresting giving the medical team the needed time to successfully intervene.

Acute Care Research is an organization of care providers, hospitals and university medical schools focused on research in the field of emergency medicine. In a current clinical study at the Safar Center for Resuscitation Research, University of Pittsburgh, sponsored by the United States Department of Defense (DoD), doctors are looking at a trial test on ten victims of penetrating trauma using what is called rapid induction hypothermia (RIH).

Led by Dr. Samuel Tisherman at UPMC Presbyterian Hospital,  the study RIH will rapidly cool patients into deep hypothermia using an infusion of iced saline solution. The fluid will be intravenously injected into the aorta. This will allow body temperatures to lower to 10 Celsius (50 Fahrenheit) degrees. By doing this the patient’s cellular activities and metabolic responses would literally come to a standstill allowing for life saving medical intervention.

In an article entitled, Gunshot victims to be suspended between life and death, appearing in New Scientist back in March of this year, Tisherman states, “We are suspending life, but we don’t like to call it suspended animation because it sounds like science fiction.”

A surgeon, Dr. Peter Rhee of University of Arizona, who helped in developing RIH states, “If a patient comes to us two hours after dying you can’t bring them back to life. But if they’re dying and you suspend them, you have a chance to bring them back after their structural problems have been fixed.”

This is an extension of what has become a fairly common procedure in complex heart and brain surgery where doctors today lower the body temperature of patients to minimize blood flow before performing an operation. In heart surgery the warming process is accomplished using a heart-lung bypass machine. In RIH heart-lung bypass equipment would also be used to rewarm and revive the patient.

What’s the criteria for being a part of this clinical trial? Tisherman states that his team will only be paged in the case of patient that has lost 50% of their blood volume where the chance of survival is deemed to be less than 7%. The procedure takes about 15 minutes. When the patient’s body temperature drops to 10 Celsius all brain activity and breathing will have ceased. With no metabolic activity of any consequence happening the body’s cells will remain alive using the energy derived from anaerobic glycolysis. This is the same thing that happens to your muscle cells when you are exercising vigorously. The body never gets enough oxygen during these times and so your cells use anaerobic means to get needed energy. Of course at normal body temperature you can function this way for only a short time, but in a cooled state the cells survive for many hours. This gives a surgical team a margin of 2 hours to deal with the patient’s trauma. The ten test patient outcomes will be measured against ten other patients with similar criteria not treated using RIH.

So how does this technique compare to what the movie 2010 envisioned? Tisherman states, “We’re trying to save lives, not pack people off to Mars….Can we go longer than a few hours with no blood flow? I don’t know. Maybe years from now someone will have figured out how to do it.”

DoD as a funder of this trial sees the potential for this type of treatment for battlefield injuries. But it is hard not to associate this with the cryogenics of science fiction where suspended animation gives humans the means to travel into Deep Space and even beyond the Solar System to a neighboring star.

This article originally appeared on his blog here: http://www.21stcentech.com/cryogenics-suspended-animation-humans-travel-deep-space/