Hydrogine, the hydrogen engine developer that wants to offer consumers an alternative to internal combustion engines and electric vehicles, is on Kickstarter seeking $750,000 from backers. The company has spent a decade developing a hydrogen-powered engine and recently received a international patent (US 8590496 B2) for their efforts.

Their engine is fully scalable for use in transportation, manufacturing and power generation. The inventors claim that after months of failure with one of their test engines, an accidentally thrown wrench caused a change in the flow of hydrogen energy and thus led to the breakthrough that is the Hydrogine S fuel technology today.

Hydrogine comes out of research at MIT and NASA. The credentials of the inventors seem pretty good. And they have been at it for a considerable length of time.

So maybe it works but how?

From the information available on the web I have been able to glean the following. The Hydrogine S engine uses a proprietary flow battery containing sulfuric acid which when released in intervals provides a constant charge to the engine cylinders housed in a v-block made from plastic resin composite. In essence it is an internal combustion engine that runs on water. The water serves two purposes, acting as coolant and when stripped of hydrogen atoms, the source of the engine’s power. For every 20 parts water the system uses 1 part sulfuric acid. Both fluids are readily abundant. And unlike gasoline or diesel engines there is no engine oil, no lubricants and solvents, no metal to metal contact and no carbon footprint.

And how can you not like the video that uses John Lennon’s “Imagine” for accompaniment. Almost tugs at you to make a pledge. The deadline for investment is June 3, 2014 and so far the company hasn’t raised a thousand dollars. They need $750,000. 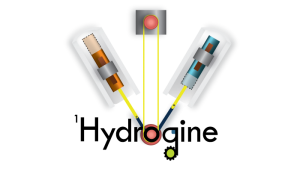 This article originally appeared on his blog here: http://www.21stcentech.com/patented-hydrogen-engine-ready-power-future/