Eugene Tsui is a visionary architect and designer that has explored many ideas of transhumanism in his art and life. His architectural vision includes apparently psychedelic and biomorphic structures featuring unusual materials and environmentally conscious construction methods. His fashion designs include a purple sparkling jumpsuit which is a concept for solar powered clothing and various outfits which have been described as “early Pierre Cardin if he’d smoked opium with Jodorowsky” and “future-cult sportswear for alien utopias”. 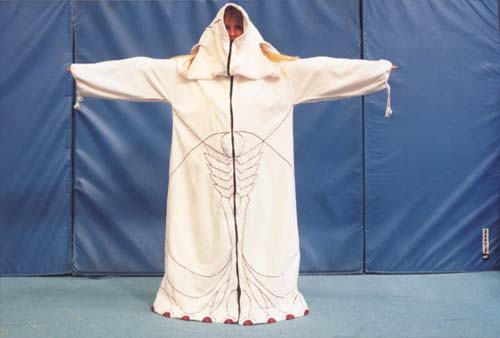 Tsui’s world and his proposed project at Mt. Shasta California known as TELOS  is the subject of film by Kyung Lee. The film will be premiering, May 31st at the Roxie Theater in San Francisco.

Some of Tsui’s other ideas include building the world’s tallest structure, the two mile high “Ultima” tower. 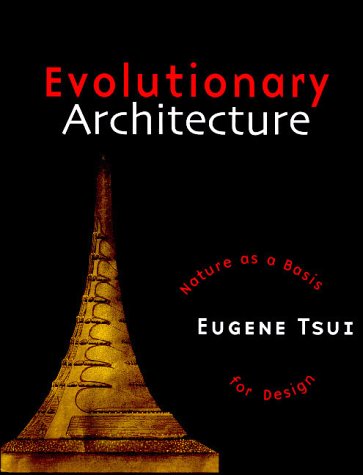 Tsui’s book, Evolutionary Architecture: Nature as a Basis for Design looks to nature as the source of some of the strongest and most efficient structural forms known to man. Tsui’s designs offer visionary alternatives to the cut-and-butt, post-and-beam constructions that dominate our architectural landscape. Tsui considers natural structures such as termite towers, bird’s nests, fish bubble homes, and common snail shells as inspirations and sources of design ideas.

I met Eugene many years ago in his studio in Emeryville California where we discussed some of his ideas for virtual reality technology.