What Mars One Needs is Genetically Altered Human Colonists What if we could re-engineer humans for the harsh environment of planets like Mars? Believe it or not there are scientists studying our genome to determine if altered humanity is a suitable strategy for colonizing planets other than Earth. And some have even mused about altering humans so that we can better cope with climate change. In her book, Oryx and Crake, Margaret Atwood, spun such a scenario with the creation of a genetically-altered human species designed in a lab to survive a pandemic apocalypse.

A symposium entitled Genetics, Biomedicine, and the Human Experience in Space, was recently held at Harvard Medical School. The premise of the discussion was the role genetics could play in the successful conquest of space by our species. Could genetics alter us to withstand cosmic rays bombardment or long-duration exposure to micro-gravity? Could we alter our muscles and skeletons, change our diurnal circadian rhythm to match that of a different world, make our bodies handle greater extremes of heat and cold, and develop respiratory systems that function in low-oxygen or even the absence of free oxygen environments?

Those at the symposium looked at our human genome seeking factors as of yet unknown that could be unleashed to alter us to thrive off this world. What genetic triggers could we pull to make us absorb oxygen from an atmosphere largely composed of carbon dioxide? What genes could make our bones, muscles, and circulatory system accommodate low gravity environments.

On Mars, gravity is 38% of that found here on Earth. That means our existing bodies would be tricked into thinking we have too much blood in circulation because it would be more evenly distributed throughout our bodies. Our blood pressure would be uniform from head to toe. Our heads would swell. And of course bones would thin in low gravity and with muscles not having to work as hard we would see them atrophy. All this is okay if no Martian human plans to return to Earth which is the idea behind Mars One, a one way trip.

But what else can we do genetically to make humans adapt to Mars? Could we make it possible for humans to live outside pressurized environments? Could we be altered biologically to withstand the low pressure (equivalent to Earth’s atmosphere at 30,000 meters altitude)? Could we be designed to adapt to severe swings in temperature with nocturnal cold unlike anything here on Earth? Since the Martian environment doesn’t take kindly to free-flowing water let alone a thin-skinned creature like us largely composed of water, could we alter our skin to make it less porous and increase its thermal insulating capability? Or will we always have to wear protective, pressurized gear should we choose to live on Mars?

Could we through nanotechnology change the way humans absorb oxygen, making it possible for us to extract it from an atmosphere, virtually 100% carbon dioxide? Could we incorporate nanobots to alter our metabolic processes so that our cellular structure can withstand anything Mars throws at us?

In an article written in 2007, called Our Biotech Future, Freeman Dyson, speculated on a future where humans are altered through biotechnology. His world of 2050 is far different from the one of today. Is he right?

Ultimately for humanity to spread outward from this, our home planet, we have two choices. Bring Earth along for the ride, or change ourselves to adapt to the environments we encounter such as Mars. The Mars One project plans to do the former. But for future human colonization scientists like the ones who met last month at Harvard, are speculating about a very different course of action – altering us! 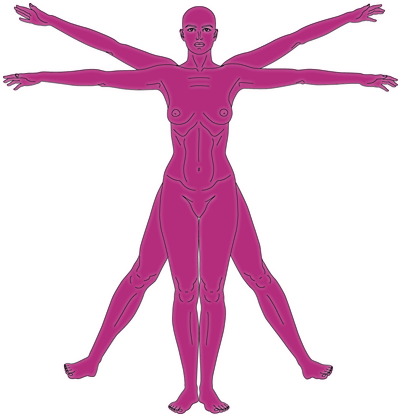 This article originally appeared on his blog here: http://www.21stcentech.com/mars-genetically-altered-human-colonists/