Since if there is no hierarchy the power is distributed and no one can benefit more than any other from data collection and moral hazard is reduced.What that means is the best option is to make the sensors as small as possible, as ubiquitous as possible, as democratically accessible as possible, so that secrecy does not exist for anyone. How would can I trust the  justice system or the jury system when I know that each individual within them could be in secret communication or have secrets on each other to coerce and collude with each other? They could determine I’m guilty before the trial even starts, they could determine that I’m going to prison before I’m arrested.Then we have the private prison industry which can give incentives to encourage collusion and corruption. So law enforcement would become like a gang, and their offspring might have stocks in private prisons and other family financial incentives. Doesn’t that give the judge, the police, any anyone else who owns these stocks the incentive to get people locked up?The first use of distributed sousveillence should be to investigate corruption in the justice system and in law enforcement. If we have sousveillance we can do that because they can’t hide just like we can’t, but if we only have surveillance then how do we police the police? 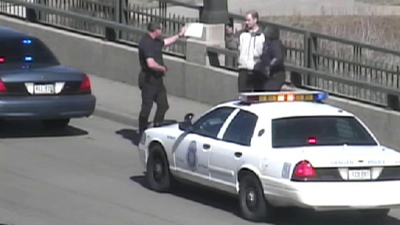 I’m for collecting as much data as possible. No one has any secrets, and anyone can be caught with their hand in the cookie jar. No one is above the law? But since everyone is corruptible no one should have secrets, especially if they are in authority  (I distinguish a difference between having secrets and having private or sensitive information).Judges for example are going to want their secrets but how do we know the judges and prosecutors aren’t friends? As a result we cannot trust either of them. How do we know the police, judges, prosecutors, defence attorney, the news media, aren’t all in a big underground gang working together to selectively and subjectively take certain people off the streets and ignore others?We don’t know that. So we should assume they collude if the capability of collusion exists in the design of the system. Since the system is designed to support collusion and corruption, I expect it to be corrupt until we redesign it to make corrupting it more difficult and then show that the redesign results in less corruption.Since there is absolute no initiative to redesign the obviously corrupt institutions, institutional corruption shall persist until the system eventually collapses as has happened throughout history.