Information Becoming Aware of Itself

Information Becoming Aware of Itself

The network of neurons in our brains somehow grants us the conscious ability to learn and grow, so the pattern itself is self-optimizing. As I discussed in the previous post, its branching structure – what I refer to as the Constructal Pattern – also seems to be a structural feature of the universe.[1]

How can a pattern produce life? The intelligence that emerges from the Constructal Pattern has the ability to learn from (and adapt to) its environment. To understand consciousness, we need to understand how this works – how complex behavior can emerge from the behavior of networks — which is essentially the purpose of Obama’s BRAIN Initiative, a scientific endeavor to research how we “think, learn, and remember”. We may find answers to these questions and more hidden within the branches of the Constructal Pattern.

As I describe in other posts, consciousness is emergent, meaning that it amounts to more than the sum of its parts. Consciousness may be rooted in physical networks (i.e. the Constructal Pattern), but to say that it is only a physical network is to neglect its emergent properties. (Consciousness does not “physically” exist.) Still, the idea of such a simple pattern coming to life is breathtaking. The Constructal Law essentially describes a universe where complex life can can emerge from nature’s tendency to form patterns, as demonstrated by simulations like Conway’s Game of Life.[2]

The Constructal Pattern is essentially the fingerprint of life – and it’s found everywhere, ranging from the microscopic to the unfathomably large. To return to a question I raised earlier, does this make the universe a giant, self-optimizing neural net?[3]

Nature improves with time. Powered by the forces of natural selection, natural systems always deviate towards improved flow (better efficiency, survivability, resilience, so on). This means the best natural designs flourish, whereas outdated or less efficient designs dwindle with time. This also implies that evolution favors intelligent life, precisely because of its ability to reconfigure. Life’s ability to make intelligent decisions is what grants its resilience.

All matter is subject to the forces of entropy. But whereas lifeless matter inevitably decays, something about the structure of this network enables it to spontaneously adapt to its surroundings, which grants it persistence over time (life). In a sense, the Constructal Pattern is nature’s solution to entropy.

The concept of natural selection is paralleled in technology as recursive self-improvement. Both natural and artificial systems improve: Nature does it through evolution, and technology does it through the process of iterative design. However, the latter process must be consciously guided – but as I will now suggest, these are merely two ends of an endless cycle of nature creating technology, then technology emulating nature because it’s such a great technology.

I began to describe in the last post how the interplay between nature and technology can be interpreted as the process of evolution itself. To examine that idea more closely, imagine this chain of events:

The term “singularity” is borrowed from mathematics, but in this context, it means the emergence of intelligence from a network; or in a general sense, when something becomes more than the sum of its individual parts.[8]

While on the subject, here is a great article written by The Next Web on the Singularity, and here is an article from KurzweilAI written on The Law of Accelerating Returns. I also write on the exponential growth of technology and Moore’s Law in the Exponential Series.

[su_quote]The Singularity isn’t about technology. It’s about networks – biological and digital the same. [/su_quote]Imagine a technology that can continuously re-adapt to its environment and optimize itself – a technology that can learn, grow, and get better with time. Such a technology already exists: the living design we know as the Constructal Pattern. Because natural networks are self-improving and grow without any obvious form of guidance, they demonstrate a form of unsupervised learning. (Significance)

Nature and the Technological Singularity

Because natural networks already demonstrate many key aspects of the Technological Singularity (conscious, self-improving, massively parallel),[9] nature can be understood as a fully manifested Technological Singularity in its own right. In other words, the universe we live in is a self-improving technology because of the Constructal Pattern it has spawned; a network that can live, learn, and adapt to its environment. The self-improving technology we seek to create already surrounds us.[10][11] 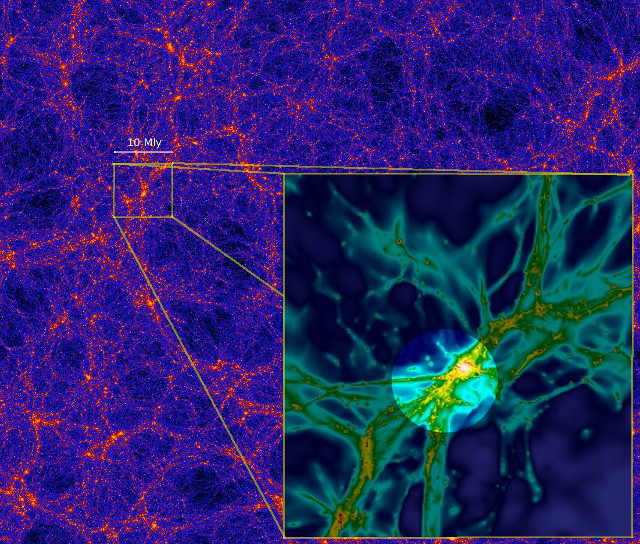 If the Singularity means self-improving technology – and if we view nature as a self-improving system – then at least one Singularity has already occurred, and we exist within it.Therefore, I think we need to reframe our understanding of the Technological Singularity and what it means. Rather than being a purely “technological” event, I expect the Singularity to be a time of rapid convergence between nature and technology – a time when human technology fully optimizes itself for its environment (i.e. the laws of physics) – which implies mimicking the Constructal Pattern, a natural phenomenon.[12]In other words, we need to correct the notion that the Singularity represents the separation of technology from the natural world. In fact, it represents an even closer union.