RU:  I would say that transhumanism as an ism — or a belief system — is probably about the right of individuals and, possibly, the human species as a whole (or large groups therefrom) to self-enhance and to engage in an experiment in self-directed evolution, in a literal sense. In other words, not that we merely have glasses and cell phones but that we might become something other, in a biological and/or perceptual sense.

I don’t think it’s necessarily optimistic and I don’t think it’s necessarily rationalist, (particularly when we’re talking about people who think they’re pretty darn rational, who can only really be responded to with satire). I do think rationality and technology — stuff that actually works — are the fundamental tools for attaining an increasingly transhuman or posthuman condition. But tools are not, in and of themselves, paradigms. So individual transhumanists may feel like rationalism is a fine tool for living well but not the essential factor in actually living or even in apprehending what life is about… to the degree that can even be done, or in having social relationships. 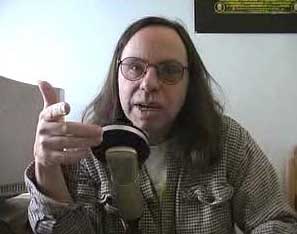 My ongoing support for the idea of transhumanism is partly a rare acquiescence  to foolish consistency. I’d like to see if the project of a positive radical mutation of the human condition suggested by people like Timothy Leary can somehow win the day; whether, with the engineers and scientists in the vanguard of making it possible, we alternatively minded mutant types can pull a few aces from the bottom of the deck and actually somehow transform this pinched, mean, surveilled, existentially barren and risky 21st civilization into something that feels like liberation, generosity and heightened awareness. At this moment, the tools that could be applied to such a state of affairs are gathering, but the memetic and environmental thrusts lean towards epic failure.

I do think that the whole program of transhumanism is problematic and always subject to interrogation and to political engagements that can’t be ignored.  One problem is the underlying philosophical assumptions that enhancement is always enhancement or is just enhancement. And I always think of Marshall McLuhan’s dictum that our extensions come with amputations.  The social and interpersonal amputations that may already be occurring as the result of big chunks of life and attention being sucked into virtuality have been explored by Doug Rushkoff, Jaron Lanier, Sherry Turkle and, of course, a dozen or so trendy French philosophers.

There is also, in the sort of plainly stated notion of progress that we find in your essay, the whole set of Western enlightenment assumptions that can’t just be analyzed as a bunch of clear ideas that seem to make logical sense and therefore are good but have to be viewed against some of the gloomier  actual results of the enlightenment project, including massive increases in the uses of comforting psychiatric drugs and suicides, and environmental wreckage with its corresponding questions about overconsumption and overproduction.

Finally, there’s the problem of soft coercion, which is closely related to the common objections about deepening divisions between the haves and have-nots becoming more exacerbated at the very point in history when the privileged may be becoming a new species.

Certainly, at any time in history, being born is to be subjected to unfreedom and coercion. Some of that is biological, and transhumanism, in some cases, tries to resolve that. But being born is also to be thrust into a particular social system and construct, with all of the prevailing human society surrounding. But now, to be born into a competitive economic system in which groups and individuals choice-fully self-enhance, and in which other artificial creatures are to be introduced, is to find yourself embedded in a totality in which you may have no place, but from which escape is impossible. I think most people feel that way today, in fact.

So I think transhumanism has a responsibility not only to its own negative liberty not to be interfered with when it wants to mutate, but to find a way to provide — to the greatest extent possible — spaces for evasion… to make implausible but necessary provisions for those who do not want to have to experience all the consequences of its experiments.

None of this implies that I personally want to look the proverbial gift horse  in the mouth or that I recommend that anybody else does. Thank you Age of Reason for vaccines, refrigeration, cochlear implants, civil liberties, human rights however poorly enacted… ad infinitum. But maybe we can look the gift horse in the head, so to speak, to see if we might gain something from putting these gifts in their place… in context… and look at other ways for finding meaning and mitigating their totalizing impacts; and also, of finding ways to deal with civilization’s’ discontents, as that old patriarchal misery Sigmund Freud put it. The modern idea of transhumanism has roots in the American counterculture via people like Timothy Leary but also  to straight scientists and people like John Von Neumann and Claude Shannon. It seems that transhumanism has a conflict at its core here, because the scientific view of ideas such as an intelligence explosion or singularity are not identical to religious or spiritual ideas put forward by some proponents. Terence McKenna comes to mind here and things such as the 2012 hypothesis and timewave zero based around the i-Ching and Mayan Calendar, psychedelics, it also brings to mind things like The Rapture, the Akashic Record, etc.

These ideas seem in contrast to the position of “straight” science behind real world transhumanist achievements such as information theory, Markov Processes, cryptography, machine learning and artificial intelligence.

How can transhumanists navigate between these two very different world views? What is the third way?

RU:  You’re emphasizing the flaky abstract theories aspect of countercultural and psychedelic influences. Even there, it’s a matter of perspective.  The Cosmist or Kurzweilian view, which presumes to proceed from rational thought and scientific evidence, looks just about as flaky to other “rationalist” scientists who doubt that things will ever get that far out.

But when I try to bring what we might call a countercultural influence to the transhumanist sensibility, I think less in terms of abstract theories of future transcendence and more about the questions of how do we want to live(?) and what kind of politics does that imply?

Thus my second Steal This Singularity point: “The notion that in our robotized future, human beings shouldn’t behave robotically. The well-rounded posthuman — if any — should be able to wail like a banshee; dance like James Brown; party like Dionysus; revolt like Joan of Arc and illuminate the irrational like Salvador Dali.”  So this implies that the posthuman also retains the best aspects of what we might call “primitivism,” a kind of neo-primitivism (not to be confused with twatty paleo-conservativism) that Terence McKenna was suggesting when he envisioned a celebratory future man dancing around the fire in his penis sheath and meanwhile his health and well being is being watched over by nanobots and all the intelligence, information and knowledge possessed by humanity (or posthumanity) is accessible via an implant behind his eyes.

That’s, of course, just one vision (and a particularly gendered one at that). But the point is that there was this intervention into the flow of Western Civilization that sort of peaked in the late 1960s but which also spread across the rest of the 20th Century, in which the quality and intensity of experiences that were at once very personal and very collective was understood to be more compelling than ceaseless increases in production, consumption and nose-to-the-grindstone competition.  And the actual quality… the actual sense of this thing that I experienced as a high school student in 1968, ’69, ’70… is becoming obscured. It’s echoes and reverberations, which suffused, for example, tech culture in the 1990s is something that the younger generations can’t really make contact with. And that’s not only sad, it’s dangerous.  Because some people, particularly some young people, seek —and need — these experiences where they are together in a heightened situation; where they go “beyond the pale.”  And if you’re not getting that from a psychedelic culture, you’re probably going to try to get it from crime or from the military or via a cult or via some sort of romantic fascism.

And the thing about psychedelic counterculture is that it’s pretty humane.  Sure, it has its fuckups and bad actors, but if you were to do a Bell Curve measuring humane behavior and you were to measure psychedelic culture against political culture, or corporate culture, or mafia/gangsta culture, or ad infinitum, I believe it would prove to be one of the most humane influences of the late 20th Century.

The other thing I would say about transhumanist or particularly singularitarian culture needing psychedelic counterculture is that those tech cultures feel pretty brittle. They need the lubrication that can be supplied by psychedelic substances. When, for example, the persistent doubling of information processing is fetishized, it becomes the paradigm… it becomes the philosophy, it becomes the way of life. And it isn’t life at all.  So I counterpose the notion of Big Data with Big Dada. Give us something other than input and calculation.  I mean, the quantified life is literal bean counting! Spill the beans!