The Singularity and Mutational Load

Eliminating mutational load might offer a shortcut to the Singularity.  A person’s mutational load is the total burden of his bad genetic mutations.  Although we don’t yet adequately understand why humans vary so much in intelligence, if mutational load turns out to play a starring role, then eugenics for radical intelligence enhancement might become child’s play.

A baby inherits a mixture of his parents’ DNA plus some random mutations.  Alas, just as making random changes to a computer program will likely hinder the program’s performance, genetic mutations are far more likely to do harm than good.  Think of each bad mutation as a lifelong burden you must bear.  As physicist-turned-geneticist Gregory Cochran writes in his blog “every person has many hidden genetic flaws that reduce performance and efficiency in many ways. The total impact of these errors is thought to be quite large, and must surely be very significant for human intelligence, which is probably the most complex of all adaptations.”

Evolution constantly works to reduce mutational load in part because people with too many bad mutations have a fewer than average number of children (if your mutational load is too high you don’t survive until maturity or even birth), and having a relatively low mutational load probably helps you win the Darwinian games of survival of the fittest and sexual selection.  Consequently, as Cochran points out, harmful mutations are “rare: only a small fraction of people have a bad version of any given gene.”  If new mutations didn’t constantly arise, evolutionary selection pressures would have long ago eliminated mutational load, creating people vastly fitter than us.

If we gain the ability to perfectly edit genes, we could, as Cochran explains, essentially spell-check the human genome, and create someone free of mutational load.   If we learn how to edit the genome of the next generation, we will have a relatively sure-fire way of increasing our descendants’ intelligence by eliminating extremely rare genes in our children.

Imagine you publish a fantastically successful cookbook, and I come to you with a proposal for improvements.  If I suggest adding or modifying recipes, you would want to test each change extensively before including them in your book.  But pretend that instead I identify an error in your printing press that causes a hundred random typos to be put into each copy of the book, with individual copies containing different mistakes.  You could safely implement my suggestion without testing any of the recipes because all the recipes in the book will have already been used by numerous chefs.

Analogously, putting novel genes or combinations of genes that have never existed in nature in babies might prove dangerous.  But eliminating mutational load to create what in some sense could be called an “average person” seems much safer, although I suppose it could still create problems if our body counts on inefficiencies to slow down some of our systems to, in effect, prevent “overheating.”

If we never learn to reliably edit genomes, we could use existing fertility technologies to reduce mutational load.  Embryo selection involves fertility clinics creating multiple embryos and examining each to decide which to implant in a woman.  Once the cost of gene sequencing falls further it will be routine for these clinics to do a full DNA sequencing of each embryo.  If mutational load proves to be an important predictor of a baby’s future health and intelligence the clinics will almost certainly give great consideration to an embryo’s mutational load when making implantation decisions.  One estimate shows that picking the best of ten embryos (not just for minimizing mutational load) could potentially raise a baby’s mean IQ by 11.5 points whereas using the best of a thousand would boost it on average by 24.3 points.  Consequently, although embryo selection would increase the average IQ of babies, it wouldn’t produce super-humans.  But more advanced techniques probably could. 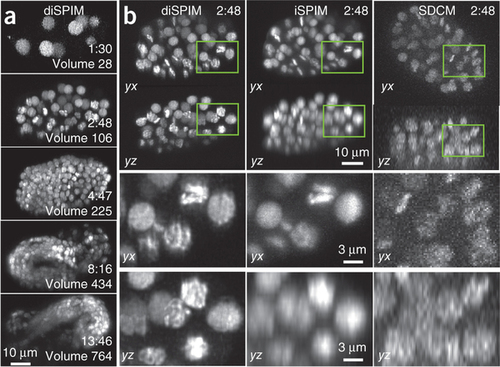 Just because we could create super-geniuses, however, certainly doesn’t mean we should.  But since there is no world power capable of halting eugenics, competition among nations probably guarantees that once we can reliably mass produce super-geniuses, someone will.  If no one else does, I would expect a few transhumanist couples to engineer hyper-genius into their children.  But I very much hope mankind eagerly embraces eugenics for intelligence enhancement.

As I wrote in my book Singularity Rising, the greatest challenge facing our species is designing friendly artificial intelligences.  Vernor Vinge has written “The best answer to the question, ‘Will computers ever be as smart as humans?’ is probably ‘Yes, but only briefly.’”   Because the human brain is likely an inferior medium for intelligence compared to what we could put on computer chips, AIs hold the potential to be much smarter than even genetically-enhanced children.  If the AIs we create are not friendly, things will probably not go well for us.  Unfortunately, writing the software to create friendly AI might be beyond our current intellectual capacity.  Having smarter children, however, increases the odds of success.  Our survival as a species will probably come down to our ability to produce software, and having a much smarter next generation will enhance our ability to create AIs that will bring us a utopian Singularity.

James D. Miller is the author of Singularity Rising, which was recently reviewed by H+ Magazine.  He is also an associate professor of economics at Smith College and is currently one of four editors working on the next volume of the Singularity Hypothesis book.