Anyone with any interest in mind uploading is bound to be familiar with this question, as it has been the source of much controversy, with two opposing camps. There are those who view the consciousness of the artificial brain as the same as the original brain it copies, as if that self had gone to sleep only to wake up in another body. Conversely, there are those who argue that the copy must be somebody else.
These two points of view tend to be argued on an either/or basis. Either a copy of yourself is a continuation as much as your own future self is, or it is a different person, as surely as an identical twin is not one person duplicated but two distinct and unique individuals.
But could it be that one need not choose between these opposing points of view? Could both be correct, depending on certain circumstances?
This appears to be the conclusion that the Cylon race came to in the re-imagined series of ‘Battlestar Galactica’. There are several kinds of Cylons but the ones I am thinking of are the kind that look just like human beings. The humanlike Cylons come in 13 different models. All ones look like the same old guy, all sixes resemble the same leggy blonde.
Now, a Cylon, being a robot, can make backup copies of its mind. This means that, whenever a Cylon is destroyed, the backup copy of its mind can be transmitted to a facility which contains spare Cylon bodies. A ‘One’ is always downloaded into that body type. These facilities are known as ‘Resurrection Ships’, and, as the name suggests, the process of transmitting the mindfile of a One to the Resurrection Ship, where spare bodies (their brains tabula rasas) are stored ready for that mindfile to be downloaded into, counts as a continuation of an individual Cylon.
In the philosophy of personal identity, this  way of considering the relationship between a Cylon killed for whatever reason and the copy waking up onboard the Resurrection Ship is known as ‘Closest Continuer Theory’. This can be visualised as a straight line ——- ——- where one self leads directly to another. Your future self is the closest continuer to you and is considered to be ‘the same person’ (even though, strictly speaking, your future self really is not exactly the same person as you now). What if your body and brain had been destroyed but you had been able to backup your mind and transmit that information to a mind uploading facility? In that event, the humanoid robot or avatar built in your image and now possessing a functional copy of your conscious mind is your Closest Continuer. It is you, no less than your future self is.
Ok. So far it appears as though the Cylons fall decidedly into the ‘copy is continuation camp’. But this is not always the case. Recall that, although there are an entire race of these humanoid machines there are only 13 models. In terms of appearance, once you have seen one Eight (this particular model is an oriental female) you have seen them all. The ability to make backup copies of their mind is not limited to resurrection but also shared memory. Every Eight transmits its memories to the Cloud (not that it is called that in the series) where it can be accessed by any other Eight. In theory then a hundred Eights could be, to all practical purposes, ‘the same’. Same body, same memories, same personality. 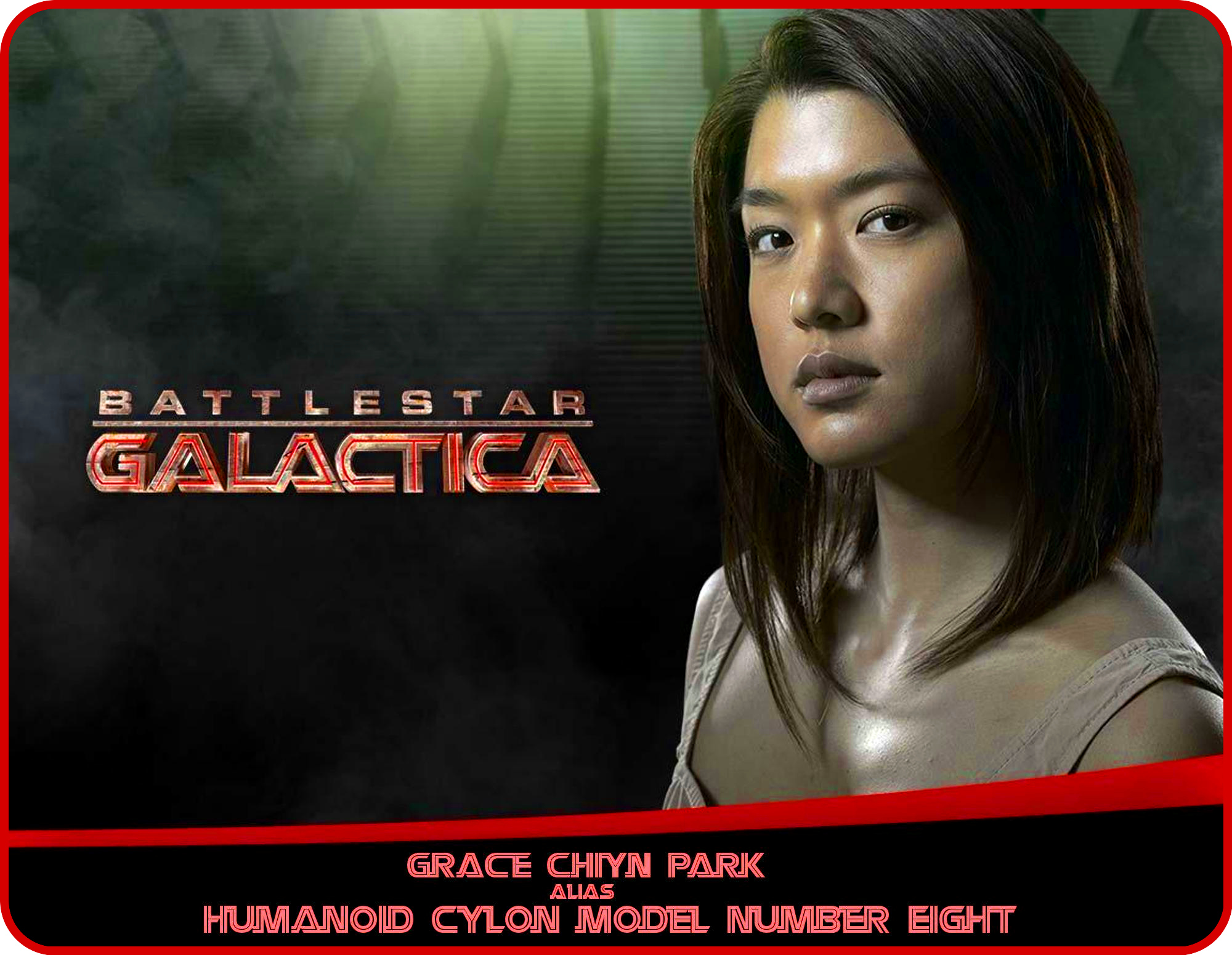 However, unlike the case of ‘resurrection’ (where one Eight is destroyed and a backup copy subsequently created) when two or more copies co-exist, they view each other as siblings. So, what if a Cylon were killed and two duplicates were woken up aboard the Resurrection Ship, each containing the exact same consciousness as the other? According to Cylon philosophy, this outcome demands a different kind of personal identity theory, known in philosophical circles as the ‘Branching Theory’. This can be visualised with a Y symbol, where one timeline (corresponding to one self moving through spacetime) becomes two timelines (two individuals). OK. But which is the original, A, or B? The answer, curiously enough, is neither. It is like when an ameoba divides in two, a process that results in two daughter cells rather than one being the original and the other its copy.
So, to recap, if a Cylon is destroyed and its backup copy is subsequently woken up, this is akin to the same person going to sleep and waking up someplace else. It is, according to closest continuer theory, the same individual. Similarly, with mind uploading, we can say that, where the original brain is destroyed, whether it be gradually (say, replacing the brain neuron by neuron) or all in one go (say, vapourising the brain with an instrument that somehow records all the necessary details, transmitting them to a machine which then builds a functional copy) according to closest continuer theory, the upload is you.
What if your brain was non-destructively uploaded, allowing you to co-exist with your copy? In that case, your future self- the one who would have existed whether you had copied your mind or not- counts as the closest continuer. The upload should now be considered your twin (even though he or she is far more similar to yourself than twins are to each other).
What if your current self were destroyed and two or more duplicates created? In that case, according to Cylon philosophy, we are dealing with a Branching theory. The original no longer exists anywhere. There are only ‘mind children’, two (or more) uploads, neither of which can be considered a continuation of the same self.
###
See http://extropiadasilva.wordpress.com/