Parents of young children know how strong is the will to protect them from external threats.  Germs.  Mean kids.  Traffic.  Teachers with an agenda.

But when they became teenagers, the gravest dangers to their health and wellbeing are often self-inflicted.  Tobacco.  Drugs.  Cutting.  Reckless behaviors and even brushes with suicide.

For a parent, the dilemma is utterly bewildering.  You want to fight with them to keep them from hurting themselves, but you know that this is only an outburst of your frustration, and is likely to inflame whatever it is in their tender souls that inclines them to self-harm.

Not only is it less clear how you can be helpful with this new set of internal threats, but it may make you re-think what you had done when they were younger.  Kids who are too well protected from germs and dirt are at greater risk for auto-immune diseases like Crohn’s and asthma.  And maybe those painful experiences with bullies on the playground are just where they learn the instinct to avoid abusive relationships later in life. 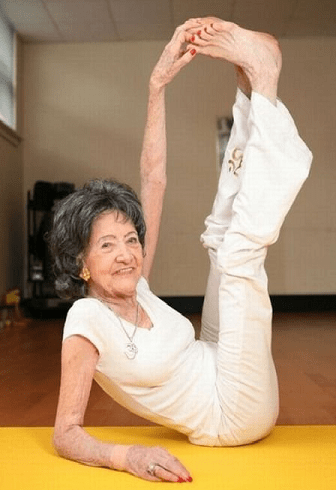 Health threats from without and within

In the first half of the 20th Century, medical science was learning how to protect us from external threats.  Antisepsis, hygiene and antibiotics were the great innovations that brought down the mortality rate.  Not incidentally, work places were regulated for safety and toxins.  For the first time in human history, a majority of people could expect to live out their threscore and ten.

By 1960, this revolution in public health was fully mature.  The major killers that remained were cardiovascular disease, cancer and dementia – the Big Three.  Medicine went after them with the paradigm that had worked so well, addressing them as external threats.  Cancer was treated as an invasive species, and chemotherapy was like an antibiotic for tumors.  The cause of cardiovascular disease was found in cholesterol deposits that build up, blocking arteries; let’s declare war on cholesterol.  Dementia is the result of amyloiod plaques in the brain; how can we break them up?

But as medical science pursued the roots of the Big Three, it became clear that there was a deeper cause.  Errant cells within us are becoming cancerous every day, but our immune cells do an efficient job of seeking out cancers and blowing them up long before they can become symptomatic [ref].  Clinical cancer occurs mainly when the immune system is compromised.  Inflammation in the arterial wall may be more important than cholesterol levels [ref].  And dementia may result when perfectly good neurons commit suicide (apoptosis).  We were surprised to learn that anti-inflammatory drugs (NSAIDs) have a powerful prophylactic effect for Alzheimer’s [ref].  These were all hints that the body itself, the global metabolism is participating in the worst disease threats of old age. 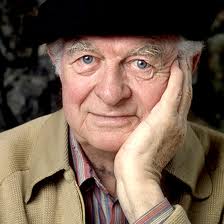 Linus Pauling laid the foundation for 20th Century chemistry
and was doing active, original research when he died at 93.

Now we are at a moment in history when medical science is experiencing the same horror and the same confusion that the parent feels the day he discovers that his child is cutting.  The patient and the disease have become one.  The body’s program of self-destruction with age is a huge risk factor for all the Big Three.  (Also for arthritis, dyspepsia, constipation, macular degeneration, depression, and the high incidence of pneumonia and influenza among the elderly.)

All the diseases of old age are caused by aging, and aging is a genetic program of self-destruction.  The most efficient way to attack the Big Three all at once is to reprogram the body’s internal signals and thwart the self-destruction. 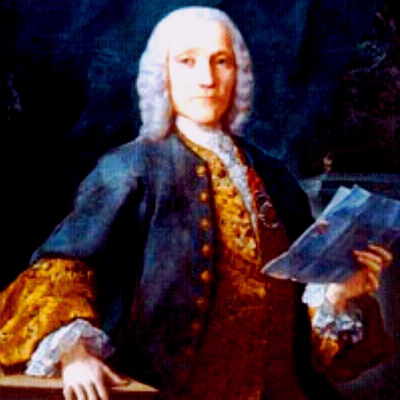 Domenico Scarlatti composed choral music all his life, but is best known
for the 555 keyboard sonatas he composed, beginning at age 61.

Should we do it?

For some, this is a no-brainer.  We’re already devoting billions (in research) and trillions (in health care costs) to the program of treating the Big Three with traditional medicine.  Anti-aging is a far more efficient way to pursue this program, with preventive medicine that gets to the root of the problem.  What’s not to love?

But, much like the parent of a self-harming child, we are apprehensive about interfering, lest we inadvertently cause some unexpected harm.  If we rejuvenate the stem cells that we need to renew blood and skin, will that increase cancer risk?  If we offer people the opportunity go live longer, will they become bored or jaded or maybe just inefficient?  We have learned the wisdom of natural orders, from bodies to ecosystems, and we are wary of interventions to “improve” them.  But if self-destruction is part of the natural order, how can we understand it? What is its purpose?

And yes – it has a purpose.  When we thought aging was the passive accumulation of damage, it made no sense to speak of “purpose”, but now that we know aging is active self-destruction, we must look to Nature (evolution) for a purpose.  What do we learn from an understanding of that purpose? and does it change our determination to conquer the diseases of old age, and to attenuate aging itself?

Last week, the Sunday Review of the New York Times printed an op-ed by Daniel Callahan with an impassioned plea to anti-aging researchers: Don’t do it!  “It will take decades for the changes in length of life to play out to allow assessment of their benefits and harms. By then it may be too late to reverse the damage.” 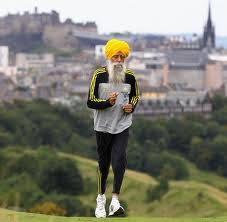 [su_quote]Modern medicine is very good at keeping elderly people with chronic diseases expensively alive. At 83, I’m a good example. I’m on oxygen at night for emphysema, and three years ago I needed a seven-hour emergency heart operation to save my life. Just 10 percent of the population — mainly the elderly — consumes about 65 percent of health care expenditures, primarily on expensive chronic illnesses and end-of-life costs. Historically, the longer lives that medical advances have given us have run exactly parallel to the increase in chronic illness and the explosion in costs. Can we possibly afford to live even longer — much less radically longer?[/su_quote]

Readers of this blog will immediately recognize the fundamental error in this argument: the anti-aging technologies we seek will not keep us alive longer once we are old and frail; rather they offer us strength and health in an extension of our vital middle years.  There will be more healthy and (presumably) productive years for each year of frailty, and hence medical care for  the elderly as a percentage of GDP can be expected to decline [ref]. Some experts project that (even better) the absolute expenditures on medical care will go down with advances in anti-aging medicine [ref].

So if Callahan’s argument has any validity at all, it speaks against traditional gerontological medicine, which treats diseases symptomatically, keeping the patient alive in a disabled condition.  (Think like a drug company:  Is it purely accidental that treating symptoms and keeping people alive in a dependent state is the best strategy to maximize profits?)  Anti-aging is preventive medicine.  If it works – and I think it has already begun to work – anti-aging medicine promises to substitute extended good health for medical treatment of disease.

[su_quote]One likelihood, even in just a few years, is that older people who stay longer in the work force, as many are now forced to do, will close out opportunities for younger workers coming in.[/su_quote]

This is the exact contradiction of the argument in the first block quote above.  First he claimed that there will be too many frail, retired people and not enough healthy people in the workforce to support them, and now he argues that more healthy, productive older people in the work force will crowd out opportunities for young workers. This second argument is wrong as well, because there is no fixed size to the economy, and employment is not a zero-sum game.  More people producing more, spending more, can create more opportunities to make a living.  If there is a shortage of jobs in the economy today, it is not because the economy has too many workers in any absolute sense, but because the economy is being mis-managed by the central banks (some would saydeliberately mismanaged, in order to drive down wages).

[su_quote]This rise in chronic illness should also give us pause about the idea, common to proponents of radical life extension, that we can slow aging in a way that leaves us in perfectly good health. As Dr. Olshansky has tartly observed, “The evolutionary theory of senescence can be stated as follows: while bodies are not designed to fail, neither are they designed for extended operation.” Nature itself seems to be resisting our efforts. [/su_quote]This in particular is the root misconception which has held back the medical research community.  For me personally, it is the central focus of my mission in the anti-aging community.  You are wrong, Dr Olshansky.  Our bodies are designed to fail.  They are failing not just via weakness, but via active self-destruction.  ‘Inflammaging’ is the body’s defense against intruders, turned against healthy tissue.  Telomere shortening  is a time bomb which turns our stem cells into cancer factories [ref] .  Thymic involution is the programmed and purposeful destruction of an organ at the heart of our immune system’s ability to distinguish “self” from “other” [cite Fahy].  Apoptosis is programmed cell death, and it is the mechanism by which we lose muscle mass (sacrcopenia [ref 1, ref 2, ref 3 ]) and brain cells (leading to Parkinson’s disease  and dementia).

All of these ways in which the body declines are driven by hormones and internal signals.  By manipulating those signals, we can tell the body to stop destroying itself.  This is the program of anti-aging medicine. 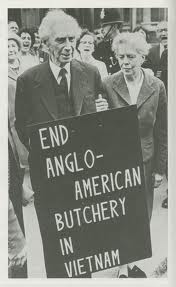 To Dr Callahan I would say: Sure there are older people who are depressed because they are exhausted by chronic pain, and have lost the energy and intellect that they once enjoyed.  It may even be true that (as Freud maintained in his later years) we are psychologically drawn to death as our bodies decline with age.  But there are also plenty of middle-aged people who see this state in their future, and don’t want to go there.  They are looking to anti-aging medicine for a way out.

Across all human history, in all cultures and all moral systems, the common root of our values is that Life is good and Death is bad.  It is perverse to argue otherwise.

One thing for sure is that we can’t go back to the old and inefficient program of treating the diseases of old age symptomatically, one-by-one, seeking more specific chemotherapy agents and statins that have fewer side effects.  This is the real thrust of Callahan’s argument:  that more years in the nursing home and more weeks in the ICU are unplanned consequence of business-as-usual, and no one wants that.

The only legitimate objection to anti-aging medicine is one that is not mentioned or even hinted in Callahan’s broadside.  It is the multi-faced problem of overpopulation: human threats to biodiversity, depletion of resources, pollution, global climate change.  Life is Good, and not just human life.  Life extension in the 20th Century has been the driver of overpopulation, and life extension in the 21st Century will intensify it.

Personally, I still am groping with this question.  Human civilization has become the self-destructive adolescent, and I have no fully satisfying answers.  But here is the part that I do understand:

Population control is the evolutionary origin of aging.  A programmed life span is the tax paid by individuals toward the collective requirement of ecological stability and population homeostasis.  If out of our individual hunger for life we humans take life span into our own hands, then we must also act collectively to fully remediate the consequences.  Anti-aging medicine must be pursued hand-in-hand with (1) an aggressive culture of birth control, and (2) a drastic reduction of our ecological footprints; an end to waste and inefficiency in the use of resources.