CLAWING AT SPECIALNESS: THE SOUL

“It has been said that astronomy is a humbling… experience”.
So said Carl Sagan, but what did he mean by this? It is almost certainly a reference to the Copernican revolution and subsequent advances in astronomy, which have served to reveal just how vast and ancient the universe is, and how small, short-lived and insignificant the Earth and the life that crawls, swims and flies over it, is, in comparison.
We did not always consider the Earth in the humbling light of modern astronomy. Prior to Copernicus, the Earth was considered the centre of the universe, the focal point of God’s attention. It had to be of particular significance because, after all, we were of particular significance: Beings created by God, in His image.
But, the Copernican revolution was not the only example of science casting doubt on our presumptions of specialness. By the 19th century there could be little doubt that the Earth was but a tiny speck lost in a vast universe, but there was also little doubt that humans owed their existence to a God, who created Man in His image. OK, so our world was not the centre of attention, but we were still special, because God made us, and gave us dominance over all life on Earth.
Enter Darwin. After the Darwinian revolution it was no longer possible to believe the human race was a specially favoured and created creature. Rather, the human race was just another branch on the tree of life, related to all other forms of life via common ancestors, now long extinct. Far from the fallen angels of Gnostic Christianity, we are modified pond-scum, lifted up to heights of prodigious complexity by cumulative selection. Of course, you can always reject natural selection and carry on believing God made you, but that is not a rational position to adopt. Evolution by natural selection is a far more elegant explanation, opposed to intelligent design which is no explanation at all.
And so our view of ourselves changed from God’s special creation, placed upon the centre stage of the cosmos, to just another species on the tree of life, occupying a speck of matter whose temporary existence is but an eye-blink’s length in comparison to the Universe.
And yet still many of us cling to this hope that there has got to be something that makes us special. With science falsifying past hypotheses like ‘our place in the cosmos is special’ and ‘our place in the creation of life on Earth is special’, where to look for this pedestal of specialness that we can stand on?
The answer seems obvious to some: Consciousness. It used to be thought that other animals were just automatons, that there was nothing that it is like to be a (insert name of any animal that is not a human being here). Nowadays such a view has become increasingly indefensible; one wonders how anyone could look in a chimp’s eye and believe nobody was home. But, still, we can go on believing that we have more, or better, consciousness than any other animal. After all, look at all that we have dreamed up and invented, compared to all other life.
But another revolution is approaching. The robot revolution. Beginning with decidedly humble origins, intelligent machines are slowly increasing in capability. Slow is a relative term, of course. Hans Moravec once guestimated that robot evolution is progressing at a rate 10 million times faster than natural selection, which would put the era of robots with human levels of intelligence at around 2030.
Still, some insist this will not matter and that robots are never going to knock us off of our pedestal of specialness. Why not? Because we are conscious and they cannot be. How can we be certain of this? Because robots are mere machines and humans are surely more than just material stuff. What conclusion does this lead to? Humans have souls and robots do not, indeed cannot.
Somehow the fact that this line of explanation is full of holes seems to escape its advocates. The argument put forth is that humans are persons because they are ‘ensouled’. But the whole reason why abortion is such a contentious issue is because we find it hard to define a point in which a bunch of cells, not conscious, becomes a person who most certainly is. At what point does the soul enter the picture and transform mere matter into sentient life?
Most people have no qualms about stepping on a bug. We grant self-consciousness to certain ‘higher’ organisms like chimps and dolphins, but insects are still regarded as automata, acting on instinct alone and not blessed with any kind of understanding or self-illumination. And yet, natural selection tells us there is a smooth continuum from insect-like automata, to fully conscious, empathetic human beings.
So now, the argument that puts forth a soul to explain why we are special sounds rather like:
“Hey, my PlayStation4 is capable of playing games qualitatively superior to my old SNES. I wonder how that can be? It must have magic game ju-ju which the SNES lacked”.

Well, no, the PS4s superior abilities is due entirely to its functional complexity, which is greater than that of the SNES. And if you want a rational explanation as to why robot intelligence and autonomous behaviour SO FAR has been so lacking in comparison to human intelligence, relative functional complexity provides it. Robot brains are millions of times less complex than mammalian brains. If and when robot brains as large and complex as our own, who would bet that their intelligence will remain as narrow and brittle as it is today?
Actually, fewer people these days cling to the belief that machines will never be as intelligent as us. But when it comes to consciousness, some still insist machines can never possess it, and nearly always attribute this to the fact we have souls.
But let us suppose that this is correct and that we do have souls. That would make souls a natural phenomenon, like gravity, electromagnetism, and genes. Like any natural phenomenon, souls would be open to scientific investigation, and eventual discovery and refinement of a theory that explains what souls are, and how they help make us conscious. This, in turn, would lead to the development of technology which exploits the phenomenon of souls to make machines conscious, just as motors exploit the scientific principles of electromagnetism to provide motive power. 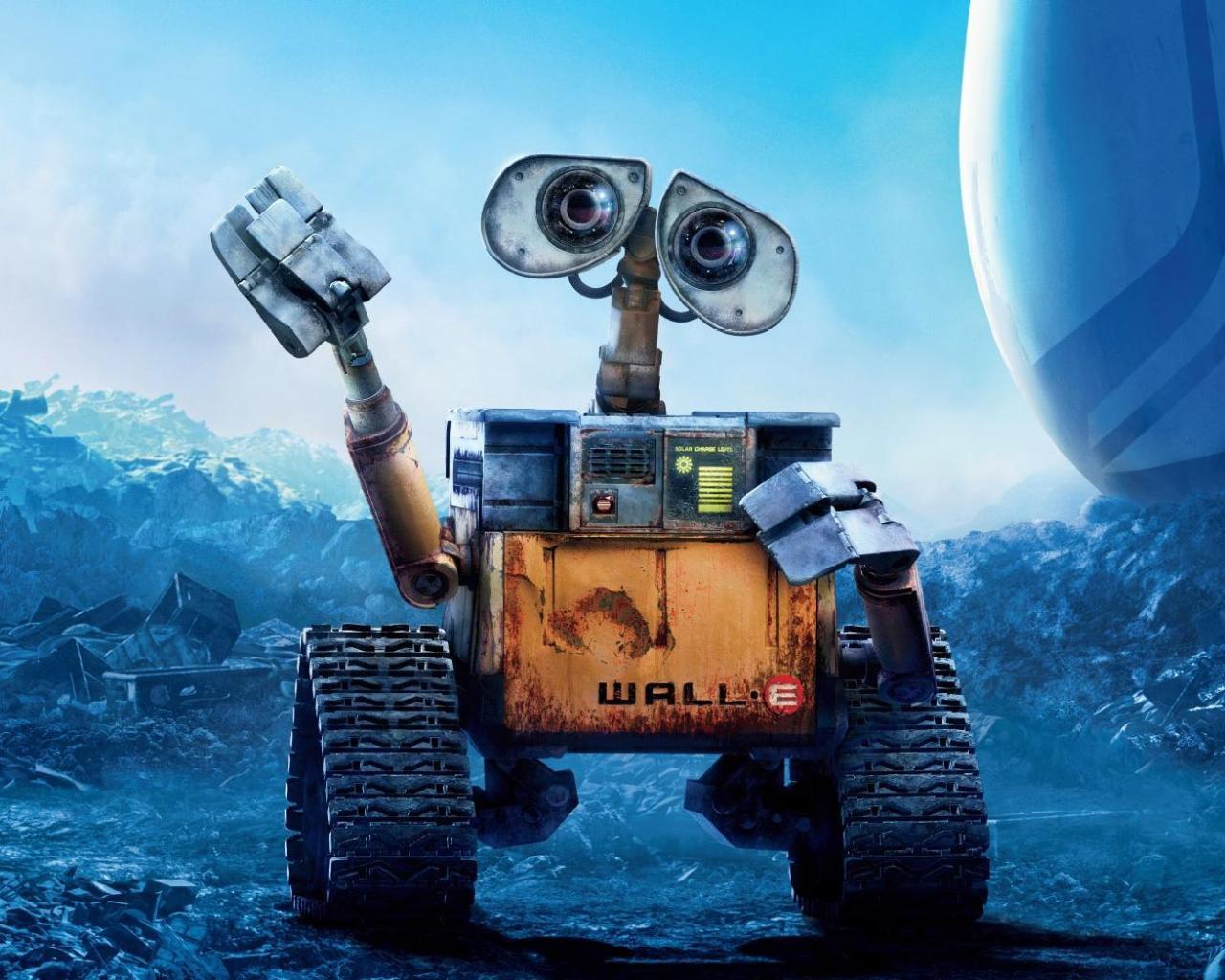 There is nothing wrong with supposing any particular machine is not capable of being ‘ensouled’. Perhaps computers, no matter how powerful they become, will never ‘wake up’ and become conscious because they are fundamentally incapable of communicating with the Soul-field or whatever the hell is going on between the physical human and the immaterial spirit (these words to be replaced with a more scientific terminology, which we currently lack). But to rule out the possibility of any technology, even the kind unlike anything that exists today, as ever having a soul and therefore never being conscious, is just not in any way scientific, or rational, for that matter.
Nothing that is supernatural really exists. If it exists, then it is part of the natural world. Of course, there is plenty that exists outside of our current understanding of the natural world, and consciousness sure seems like one of those things we do not yet understand. And, yes, fully understanding it may require us to abandon the faith that materialism and reductive science explains everything. Then again, it could be that materialism is all we need and once machines are complex enough to act autonomously with all the general intelligence and subtle behaviours of people, we might as well accept them into the circle of empathy and call them sentient, lacking any reason to think otherwise. But if we should discover something lacking in future robots, and this clues us up to the existence of a missing quality, and that quality turns out to be a soul? Well, then, our concept of the natural world will have to expand in order to accommodate the existence of souls, and this natural phenomenon will be open to exploitation by technology.
And so, our sole position on the pedestal of consciousness is a temporary one. Well, we might remain its sole occupants, for we may decide collectively that conscious machines should not be built. We might decide, as Bill McKibben advised us to, that a certain level of technological power is ‘enough’ for our needs and we just do not want machines that are conscious. But ‘should not’ is in no way the same as ‘could not’. Indeed it is its exact opposite (why debate the ethics of something which can never exist to bother us in the first place?).
Last thought: as a technologically-capable species human beings are the point of origin for a new kind of evolution. If we ever pull off the remarkable achievement of developing machines one would consider ‘ensouled’, robots of loving grace and beauty, likely equipped with bodies better suited for space exploration and therefore ensuring our legacy persists, even if the human race breathes its last breath and the Earth is burned to a crisp in the swollen Red Giant our star is due to become… isn’t that reason enough to think ourselves special?

Extropia DaSilva is a digital person, currently residing in Second Life. Her purpose is to explore how NBIC technologies are redefining concepts of self. 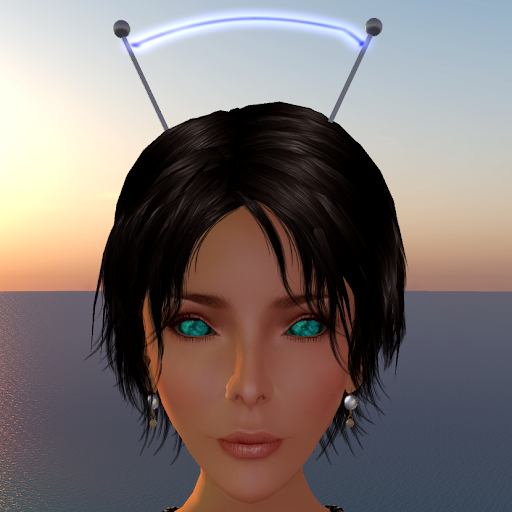