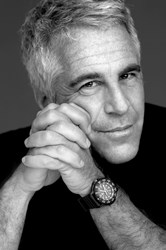 Based in Hong Kong, OpenCog, an open source AI programming group, under the direction of Ben Goertzel, began their cerebral project with a Hanson Robokind: a toddler like robot. The challenge is to take the basic intelligence of virtual avatars programmed for the screen, and transfer that to a robotic structure. To do this however, a robot must have the capacity to perceive and interpret the outside world.

OpenCog’s virtual characters have that capacity.  Each character has a database called an AtomSpace where thousands of ‘atoms’ exist as knowledge concepts such as objects, actions and feelings (anger, fear, happiness). Every time a character  encounters objects or concepts in its environment, a new atom is created in that character’s AtomSpace. Associations are also recorded as a character moves from one concept to another. Upon repetition, associative links get stronger, influencing a character’s pathway choices and building associative memory. Links can also decay over time if not used by algorithms.

Generalized intelligence from the environment is also built as similarities between concepts trigger an associative network in the AtomSpace. Several algorithms can function at the same time: such as current associative links and associative networks that are triggered due to similarities. The theory behind this “cognitive synergy” is that humans have multiple thought processes going on simultaneously, prioritizing one’s over others in order to function.

“The challenge in all of this,” Jeffrey Epstein remarked,  “is to create a robotic nervous system that can perceive concepts in its environment .”

OpenCog is well on its way to developing a digital nervous and perceptive system, focusing currently on basic language, sound, touch recognition and pixel imaging sensors based on DeSTIN Machine Vision. Epstein’s foundation, the Jeffrey Epstein VI Foundation, plays an active role in supporting neuroscience research around the world. In addition to establishing the Program for Evolutionary Dynamics at Harvard, the foundation is one of the largest funders of individual scientists, including Stephen Hawking and Nobel Laureate physicists Gerard ‘t Hooft, David Gross and Frank Wilczek. Epstein is dedicated to investing in science research and education throughout the world.

Congratulations to the OpenCog team!