How to be Skinny 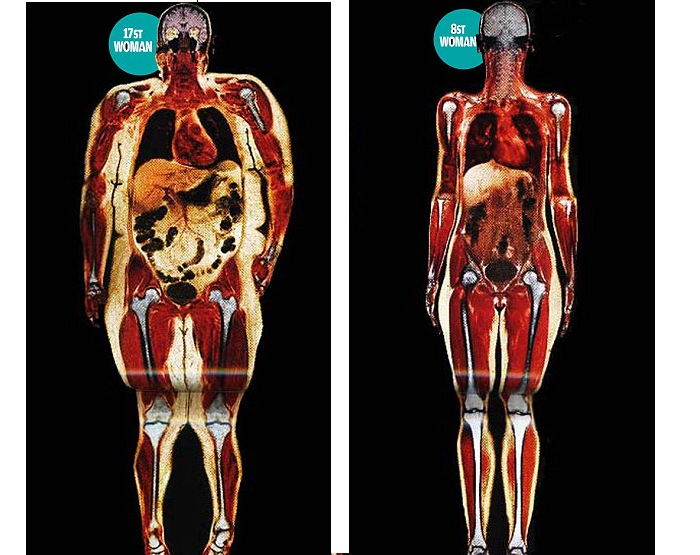 We know that cutting calories has multiple health benefits and makes you thinner. But suppose we play tricks to be thinner without eating less – is there still a benefit for health and longevity?  This week we review Irvingia, Metformin, Pycnogenol, Green Coffee Extract, Acarbose, and old-fashioned amphetamines for weight loss. Also avoiding carbs and increasing fiber, intermittent fasting and bursts of exercise before eating.

Weight loss drugs have a bad name from the days when people were a little too eager to lose weight for appearance’s sake, and willing to take risks with their health to do so. Early weight loss drugs were stimulants, with all the associated risks: they make you feel good, they keep you from sleeping, they let you down, they’re habit-forming. Now we know that keeping weight down is an increasingly important part of staying healthy as we age. There is a new generation of drugs and supplements that work through different channels than the old ones, and some of them have long-term benefits independent of weight loss.

I’m coming from a perspective based on the loss of insulin sensitivity as a primary driver of aging. This is the essence of “metabolic syndrome” or “Type 2 Diabetes”, but in a milder form, this is a part of how we all age. Loss of insulin sensitivity causes us to gain fat cells, which exacerbates loss of insulin sensitivity in a vicious cycle. Metabolic syndrome, even in its mild form, is associated with increased risk of cancer and heart disease.  Simply eating less is the best medicine in principle, but a large majority of people who start off well by applying willpower end up actually gaining weight. [ref1, ref2]   Hence there are tricks and treatments, strategies and diet fads. My advice (as usual) is to recognize that diet is very individual, to try different diets and diet aids until you find something that works for you. Here’s a brief guide to what’s available.

Green Coffee Extract
This is the latest among the new generation of supplements that affect the insulin metabolism. GCE slows the absorption of sugar and reduces the secretion of the enzyme (amylase) that turns starches to sugar in the digestive tract, and also blocks the enzyme glucose-6-phosphatase that makes sugar in the liver. Overall less of the food energy passing through the intestine is absorbed into the body, and to this extent taking green coffee extract should be expected to have the same benefit as eating less.

The primary active ingredient may be chlorogenic acid, but its effect has not been separated from other phytoesters included in the extract. The extract contains no caffeine*. In the best results to date, subjects lost an average 8 kg over 22 weeks, without consuming less calories.  A 2011 review (before this latest study) found clear evidence that GCE is effective as advertised, but bemoaned the fact that all the research in the field was linked to companies that stood to pofit from the sale of GCE.

Chlorogenic acid is also found in sunflower seeds and prunes.

Irvingia
Leptin is a hormone that signals your brain that you’ve had enough to eat, and signals your fat cells to burn up their fat stores. As we age, we lose sensitivity to leptin (as to insulin). Irvingia is the extract of an African bush mango, purported toincrease leptin sensitivity.

There are reports of large weight loss in a short time with irvingia, [ref1, ref2] ,  but the studies are short-term and there are ambiguities in their design, so results are often summarized by reviewers as “inconclusive”.  [ref1, ref2]

Other ways to prepare the insulin system before eating
There are several other foods reported to help prevent the insulin spike from a meal, when taken 20 before eating anything else. These include cinnamon, vinegar, andgrapefruit.

Pycnogenol
Lowers blood sugar after eating, effectively improving insulin sensitivity. This is a supplement in the same class as others mentioned here, and may offer long-term health benefits including longevity, but no effect on weight reported.

Metformin
Previously reported on this page, metformin is a prescription drug that has been the treatment of choice for diabetes for over 40 years.  It lowers cancer risk so effectively that we speculate it might be useful for non-diabetics as well. Weight loss from metformin is primarily by appetite suppression. Blood sugar is lowered by metformin, and yet people feel more satisfied and eat less. The reported weight loss in studies of metformin is modest compared to irvingia, but it tends to stay off (irvingia studies are all short-term) and the studies are well-controlled. [ref]

Acarbose
This is a prescription drug that slows sugar absorption from the stomach, mimicking a low-carb diet without restriction of carbs. It is effective in avoiding diabetes, and shifts the body toward a “younger metabolism”. But no weight loss has been associated with acarbose, perhaps because the slow sugar absorption leads to slow signaling of satiety.

Other tricks to lose weight
Exercise is #1. A few minutes of exercise just before eating signals the body that “this food is to be burned, not stored”.  Intermittent fasting has been mentioned in this column, and works for some people. Filling the belly with high-fiber food is a favorite trick of mine. I eat mountains of green leafies, and half a cup of raw wheat bran every day. It’s my impression that wheat bran has “negative calories” in the sense that food goes through me faster and less of it is absorbed when I eat large quantities of bran. (I have seen no studies on this, and have only my personal experience to report.) I suspect that nutrients are adsorbed on the bran and excreted with the stool, so I try to take my supplements in a different meal from the bran. I’ve adjusted to bran and it doesn’t give me the runs, but, not to put too fine a point upon it, let’s just say that I don’t worry about constipation.

Conclusion
The most promising of the new generations of supplements that affect absorption of calories are green coffee extract and irvingia. Weight loss from the two seem to be large and of similar magnitude. And the evidence for both suffers from suspicion that the researchers had financial ties to the companies that sell these products. (Someday, I want to live in a country where taxes pay for independent medical research, so that we all have unbiased information about foods and drugs that is not linked to their sponsors.) In addition to aiding with weight loss, both are likely to have positive long-term benefits for health and longevity.

Metformin has the disadvantage of being available only by prescription, but it is better-studied than either of the two supplements, it has been around for 50 years, and is known to be safe and effective. It works by a slightly different mechanism, but is also likely to produce supplementary benefits for long-term health.

There is a huge amount of individual variability in all these studies. It makes sense to experiment on yourself to learn what works for you. You can’t judge by your weight loss from one day to the next, because that is dominated by water retention and salt intake. But if you weigh yourself daily in the morning and stick with a trial for at least two weeks, you will be able to tell what is working and find a program that’s effective, and that you can live with.

* Caffeine may have benefits and costs for insulin sensitivity as well as costs for cardiovascular health. Many epidemiological studies have identified a net effect of lower mortality rates in people who drink modest amounts of coffee.

For basic information about healthy living for a long life, see the author’s permanent page at AgingAdvice.org.