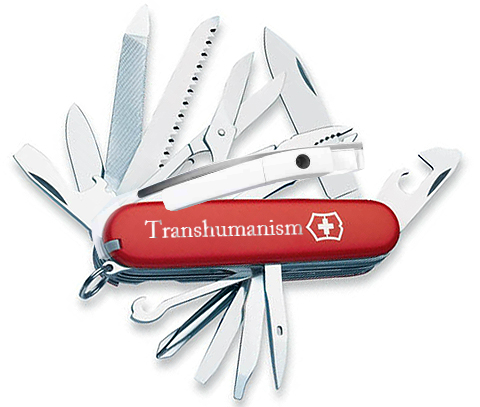 Transhumanism is all about the creative and ethical use of technology to better the human condition. Futurists, when discussing topics related to transhumanism, tend to look at nano-tech, bio-mechanical augmentation and related technology that, for the most part, is beyond the comprehension of lay-people.

If Transhumanism as a movement is to succeed, we have to explain it’s goals and benefits to humanity by addressing the common-man. After all, transhumanism is not the exclusive domain, nor restricted to the literati, academia or the rich. The more the common man realizes that (s)he is indeed already transhuman in a way – the lesser the taboo associated with the movement and the faster the law of accelerating returns will kick in, leading to eventual Tech Singularity.

At the moment, Google Glass is not exactly within reach of the common man, even if he want’s to pay for it. It is “invite only”, which may be counter productive to furthering the Transhumanism cause. Now, to be fair, it may be because the device is still in beta testing, and once any bugs have been ironed out, the general public will benefit from both, a price drop and accessibility, because if Google does not do it, China will.

Glass is the very definition of an augmented human, at least until the time hi-tech replaceable eye-balls, or non-obtrusive human augmentation technology becomes common-place. Glass is a good attempt at a wearable computing device that is practical. While it does lend a cyborg look to it’s wearer, future iterations will no doubt, bring the “Matrix” look back into vogue. 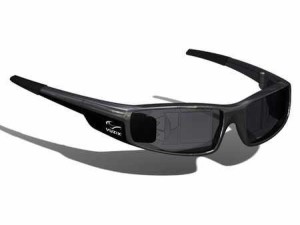 Above: Companies such as Vuzix, already have advanced AR capable visors that are aesthetically pleasing to look at and wear.†So how is Google Glass (and similar AR visors) the Swiss Army Knife of Transhumanists?

Food for thought: Will Google Glass app developers incorporate the analysis algorithms? as seen in the video above?

From Chapter 4 of the novel “Memories with Maya” : Brainstorming the Wizer (visor with augmented intelligence built-in)

Eventually he spoke again: “So, maybe the AI accesses the current frame, references time of day, and using a gestalt subroutine, figures something is not right with a person in a slumped position. The skeletal overlay could do that”

I interrupted him. “Uh huh. Yeah, I’ll leave the jargon to you. In essence what I mean is if the AI sees a person lying askew on the floor it can figure something’s not right by accessing feedback from the cameras. Facial expressions can easily be isolated from a stereo pair and perhaps pulse irregularity can be gleaned from image brightness, right?”

“Pulse reading from image brightness would depend on the fidelity of the image, but facial expressions, yes,” he said. “And if someone’s collapsed on the floor, chances are there will be a skeletal mismatch with the superimposed human IK rig.”

– Park your car in a multi-story parking lot, step back a few steps and blink your eyes once. Instant photographic memory of the location via Glass’s wink activated snapshot feature.

– Visited a place once and don’t remember? Call on your “expanded” memory to playback a video recording of the path taken, or display a GPS powered visual overlay in your field of view.

Previously, this was done via a cellphone. In both cases, one is already Transhuman. This is what the common man needs to be made aware of and there will be less of a stigma attached to: The World’s most dangerous idea.

Every one is said to have a “Guardian Angel” watching over them, yet an app named “Glass Angel” would be an apt name for a collection of potentially life saving modules that could run on Google Glass.

– CPR Assist: How many people can honestly say they know CPR? or even the Heimlich maneuver? Crucial moments can be saved when access to such knowledge is available… while freeing up our hands to assist the person in distress. In future iterations of Google glass (glass v2.0?) if true augmented reality capability is provided, a CGI human skeleton can be overlaid on the live patient, giving visual cues to further assist in such kinds of situations.

– Driver Safety: There are some states in the US looking at banning the use of Google Glass while driving. Yet, it is interesting to note that Glass could be that Guardian Angel watching over a driver who might nod off at the wheel after a long day at work. (DUI is not an excuse however to use Glass). The various sensors can monitor for tilt of head and sound an alarm, or even recognize unusual behavior of the wearer by analyzing and tracking the live video feed coming in through the camera…sounding an alarm to warn the wearer.

How many times a day do we rely on auto-spell or Google’s auto correct to pop up and say “Did you mean” to warn us of spelling errors or even context errors? How many times have we blindly trusted Google to go ahead and auto-correct for us? While it can be argued that dependence on technology is actually dulling our brains, it is an un-arguable fact that over the coming years, †grammar, multi-lingual communication, and more advanced forms of intelligence augmentation will make technology such as Google Glass and it’s successors, indispensable.

On a more serious note: Should we be alarmed at our increasing dependence on Augmented Intelligence? or should we think of it as simply a storage and retrieval system.

If a lecturer on-stage, addressing a gathering of intellectuals, uses his eyeballs to scroll up a list of synonyms in real time on his Google glass display, to use a more succinct word or phrase when making a point, does that make him sound more intelligent?… how about if he punctuates the point by calling up the german translation of the phrase?

These are questions that I leave open to you…

Every time we share a photo, a thought… an emotion as a status update: we are converting a biological function into a digital one. We are digitizing our analog stream-of-consciousness.

These Digital Breadcrumbs that we leave behind, will be mined by “deep learning” algorithms, feeding necessary data that will drive Quantum Archeology processes… that may one day soon, resurrect us – Digital Resurrection. This might sound like a Transhumanist’s Hansel and Gretel fairy-tale… but not for long.

How does Google Glass fit in? It’s the device that will accelerate the creation of Digital Bread-crumbs. I’d saved this most radical idea for last: Digital Resurrection.

Glass is already generating these BreadCrumbs – transhumanizing the first round of beta testers wearing the device.

The next version of Google Glass, if it features true see-through Augmented Reality support, or indeed a visor from a Google competitor, will allow us to see and interact with these Digital Surrogates of immortal beings.

It’s described with plausible hard science to back it up, in Chapter 6 of Memories with Maya – The Dirrogate.

I’d like to end this essay by opening it up to wiki like input from you. What ideas can you come up with to make Augmented Reality, or indeed, Google Glass… a swiss army knife for Transhumanists?