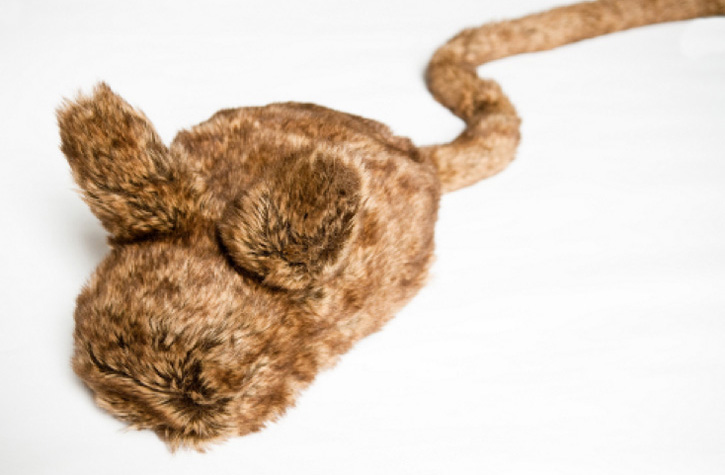 “Scientists have connected the brains of a pair of animals and allowed them to share sensory information,” reports The Guardian today. This is a “major step towards what the researchers call the world’s first ‘organic computer.’”

The US team fitted two rats with devices called brain-to-brain interfaces that let the animals collaborate on simple tasks to earn rewards, such as a drink of water.

In one radical demonstration of the technology, the scientists used the internet to link the brains of two rats separated by thousands of miles, with one in the researchers’ lab at Duke University in Durham, North Carolina, and the other in Natal, Brazil.

This is “[l]iterally an Internet of Animals,” tweeted Anne Galloway.

Among many projects, including Vanessa Harden’s Mouse Assisted Interplay (2010) and its associated speculative Mousematch social network, I’m reminded of Anna Flagg’s Cuddlebot project in which simulant pets are turned into multi-touch devices.

As you can see in the video embedded above, this “haptic creature” [pdf] is no mere gesture sensor. It can physically react. For instance, “when a gentle touch is sensed, the servo motor moves the fur calmly and slowly up and down, similar to a restful breathing. When the more playful touch is sensed, the servo moves the fur quickly and eagerly in smaller bursts of excitement.” 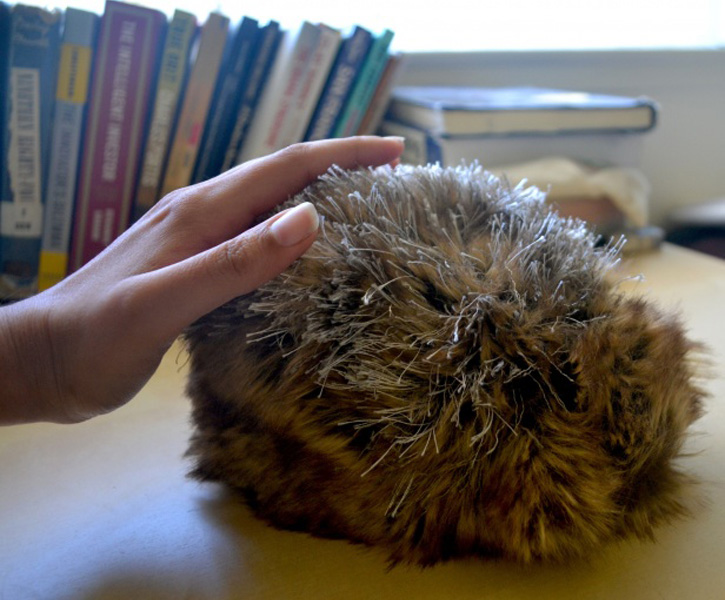 1) Just like with the Botanicus Interacticus and, to bring it up from the archives, the Mud Tub, the Cuddlebot offers a sensual alternative to the machinic sleekness of the standard touchscreen. When fingers press down on those glass surfaces, skin and nerves seem to melt away. Wrists deaden, as if paralyzed with Botox. Human touch has evolved over millions of years, but all the fine tuning might just end up for naught. And who knows what else is being suppressed and eventually smoothed away.

Whatever we may be surrendering to the glass (and to the Kinetic void), perhaps turning our domestic bestiary into a multi-touch critter network — actual organic living creatures, albeit cybernetics, rather than completely inorganic toys — might mitigate the loss. This might come with its own cost, but surely it would be worth it if the benefit is we all become Tilda Swintons.

A mission for you.Go outside, hold an animal to your breast.That is real warmth, not the glow of your screen.I typed this on a rabbit.

2) As with all technology stuff that I post on Pruned, the technology itself is ultimately a secondary concern. My overriding interest is always their spatial effects: how they might form and inform spaces at all scales.

How might this envisioned form of cross-species relationship might physically manifest itself in the domestic sphere? Will this simply mean hoarding a litter of stray cats, augmented and networked, in your house or apartment? With a different species for each social network you signed up to, will our homes be biological hotspots as diverse as any zoo? All day and all night, the whole city will drone with an Amazonian din, convulsing like a colony of ants thickly carpeting the forest floor.

Where (and how) will the cloud nest otherwise?

You take your dog (or hyena) to the neighborhood park for a walk, and there it frolics with other beasts on the cybernetic meadow and through the ShrubPlugs. And pets are many-times cross-petted. Is everyone updating their Facebook timelines and flirting on Twitter?

You’re on a stroll, but following you behind on the sidewalk and also hovering in the air, as though you were Snow White whistling a hypnotic melody, is the entire content of the zoo. You’ve got mail (and Tumblr updates, unread posts on Google Reader, new edits on Google Docs). You head into an Anthrozoo station, pick the cutest from the lot, and after a few rubs and caresses, it shivers its attached data packet in LOLmorse.