The Ones Who Change The World

“Those who will not reason, are bigots, those who cannot, are fools, and those who dare not, are slaves.”

There is a potent desire in human beings to create myths, entrench them, and imprison themselves inside them. To enforce them on others, and to silence and sideline those who challenge them.

It is a very easy thing to look at all the different manifestations of how this has played out through human history. Hindsight is a ruthless visor, and its gaze is very good at stripping away all the layers of rhetoric and pomp that such structures use to cloak themselves. It is not so easy to discern such processes ñ or the depth and reach of them ñ in the modern day, or what they mean for the future.

In the past few hundred years there has been a breaking of the old dominances, the rigid beliefs that were set in stone, and set humanity in stone beneath them.

The ironclad narratives handed down by priests and politicians to suit their needs and in the service of power depended for their longevity on the ability of vested interests to control the means of a certain kind of production. The production of ideas.

While it lasted, it saw the brainwashing of entire societies into unquestioning obedience to set and sanctioned rules of thought and insight.

But technological change has opened up the field, and no serious level of control is now possible.

This, for many thinkers of what is called the ‘postmodern’ school of thought, is where the story ends, in the happy glow of the ashes of yesterday’s intellectual tyranny.

Yet we do not find ourselves living in a paradise of an open-minded utopia. The genuine desire to know the truth of things and to challenge dearly held beliefs is still very much a fringe movement.

Or rather ñ it would be more accurate to say it is something even less than this. Perhaps it could better be described as a desire in a few brave hearts, scattered to the winds and spread across a large number of small subcultures and fringe movements, pushed to the fringe and kept at the fringe by something quite different.

And that something else is what has taken the place of the great iron dogmas of the past. Not freedom. Not hope. Not creativity. Not adventure or courage, or a humanity stepping boldly into the future.

Instead, a fiction of all these things.

False freedom. False hope. False creativity. False adventure, and false courage. A false humanity, accepting commercialised product from a marketing machine of unprecedented scale that feeds them into silence and a new compliance with a new iron consensus.

A cage of fakeness and superficiality that ruthlessly sidelines anything that cannot be sold by the million, or made safe for the new structures of power that have replaced the old.

Why didn’t it work? The old prisons broke, and for some mad reason we have remade that prison in electric wiring, fibre optics and fiction.

Because all those ancient structures of dominance and rigid thinking were not the cause of human failure, or human weakness.

They were the symptom.

And yes, those old symptoms have fallen, but as the deep nature of the human animal has remained unchanged, new ones have arisen to take their place.

Whereas once people were happy with incense and chanting to reassure them that they didn’t need to think, didn’t need to be brave, didn’t need to question, didn’t need to live, or participate in life, or dare to hope, now we have shiny toys, polished product and all the manufactured opinions we’ll ever need to look exactly as if we care about the truth, when in fact we don’t.

Even science, as an establishment, has taken on something of this cast. The neuroscientist and author Iain McGilchrist wrote of how neuroscience has now focused on the “unimpeachable business of amassing findings, and has largely given up the attempt to make sense of the findings, once amassed, in any larger context.”

Knowledge comes from risky and daring conjecture that cuts through that data, makes sense of it, and opens up new horizons of possibility. New convergences and unseen patterns that strike through it all with previously unimagined levels of accuracy. New angles of discovery and investigation. The wild horizon of the unknown that the pioneers of every age brave, for a new human future.

The conservatism of mainstream science is a strange thing when you consider how incredibly radical the impetus behind science is. To take the comfortable and known, and throw it into the crucible of the real, and see what burns, and see what doesn’t, and let the chips fall where they may.

What is not radical, is not science. And yet today, humanity seems bent on neutering even this. Making it contained, and conservative. Safe, tame and manageable. Of use only those who pile data upon on data, creating the superficial illusion of progress where stasis is the truth, and funded by a culture, a society and a world that wants the image of progress, but will not brave the risk.

Why do humans relentlessly build these prisons? Is there any way to stop it? Are we doomed to this? Are we? Why is it happening? What is at its heart? 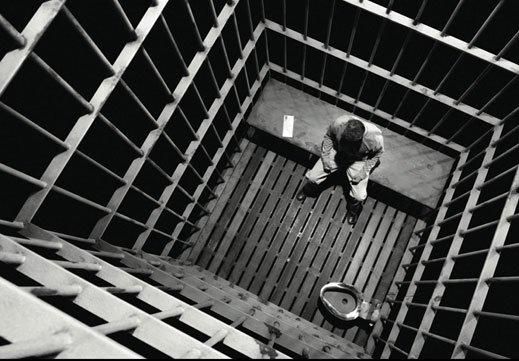 What made those massive structures of iron rules and belief rise in the first place, and hold humanity in chains for thousands of years?

What is it that makes us, now those chains have loosened, move so quickly to make new ones, to forge new shackles for our very souls?

If I could sum up in a single word the root source of all this, it is fear. But even calling it that is to make it too grand a thing. Much too big.

These things would at least be understandable. They have scale. They have grandeur. Perhaps tis is why they are so commonly reeled out as reasons. But the real reason humans do this is something else, something far less worthy.

We sell our souls far more cheaply than we would like to believe.

It is the little fear of little personal humiliations. Of being embarrassed. Of getting something wrong, and having people laugh at you. Of saying something that people mock. Of breaking from the herd, and suffering the approbation of more obedient sheep.

This is why. This little thing. This is why humans build their cages, why they shy away from risk and adventure, from daring conjectures that go way beyond anything previously imagined with new simplicities that cut deep into the unknown and open up untold possibilities for a brighter future.

Just having people laugh at you, or mock you, or say that you are not normal. Not ‘one of us’.

And for most people, that little thing, that tiny little terror is bridle enough to keep them in line for all their lives.

No pioneer was ever in line. And there is only a single difference between those who sneer in arrogant mockery of the risks that go with daring, and those who do the daring.

Just courage. Just that little, simple courage to think for yourself. Not to rebel for rebellion’s sake, and make a show of things to impress another crowd who like the image of the rebel. But to strike out for something greater, and deeper. For the truth.

And the truth is, we are not rebels who do this. We are the loyalists to the greatest aspirations of the human spirit. It doesn’t always look pretty, what we do. Risk rarely does.

Science has incredible potential. Untapped potential. The scientific method, directed inward to the heart of human nature itself, can open up new ways to live, new understandings – and new possibilities that change what it means to be a human being. Change it for the better.

And while many cower in that little fear of breaking ranks with the herd, it falls to those who, in the finest spirit of discovery and hope, support that work and suffer the backlash for stepping out of line, knowing that no matter how grand any criticism sounds or what clothes it wears, they are not beholden to the consensus, or the opinions of those who buy their opinions.

It is not a practical thing to attempt to convince people of this. Those who know, know. Those who don’t have made an art form of ignoring it, and of finding so many millions of excuses why it’s not them, not their fault, not their responsibility.

And do you know what? In a way they’re right.

It’s not anyone’s responsibility to find the truth, save those that choose to make it theirs.

And in making it their responsibility, they make it their adventure too, and live lives less ordinary. And whether or not they succeed, they matter. And they may well succeed.

Those who support the true spirit of discovery, who dare to champion it wherever it is found?

Those who refuse the many excuses to remain a spectator, safe inside a comfort zone of sanctioned opinions, sanctioned living, and the approval of the consumers and the mainstream?

They were always those who changed the world.

They will always be.