The 2012 meme is almost played out. We need a new theme and a new meme. Here’s a quick guide to the year 2030 and who is talking about it.

The first true Transhumanist was quite arguably FM 2030 also known as Fereidoun M. Esfandiary (فریدون اسفندیاری‎). His book Are You a Transhuman?: Monitoring and Stimulating Your Personal Rate of Growth in a Rapidly Changing World, published in 1989 was influential to early Extropians and others. FM 2030 was also the originator of the 2030 meme. According to Wikipedia, F.M. Esfandiary legally changed his name to FM-2030 for two main reasons: 1. to reflect his belief that he would live to celebrate his 100th birthday in 2030 and 2. to break free of the widespread practice of naming people that he saw as rooted as a relic of humankind’s tribalistic past.

Notably FM 2030 made some famous predictions for they year 2010 (that’s now!) that were published in a largely unknown article called Up-Wing Priorities which appeared in Future Life #27 way back in 1981. FM 2030’s predictions are notable for their visionary nature and optimistic viewpoint, hallmarks of modern Transhumansim, but also for the fact that they largely did not come to pass within the time frame that he forecast. His predictions therefore are both motivational and cautionary in our quest for understanding what is happening in our rapidly advancing technological world and what might lie in our future.

Back in 2008, The World Future  Society  released a 10-page report forecasting more than 70 major global  developments.

The OUTLOOK 2009 report predicted the following for the 2030:

2. Bioviolence will become a  greater threat as the technology becomes more accessible.

4. Careers, and the college majors for preparing for them, are  becoming more specialized.

5. There may not be world law in the foreseeable future, but the  world’s legal systems will be networked.

7. The race for  biomedical and genetic enhancement will-in the twenty-first century-be what  the space race was in the previous century.

9. The Middle East will become more secular while religious  influence in China will grow.

According to BP, “The outlook’s ‘base case’ reflects a ‘to the best of our knowledge’ assessment of the world’s likely path from today’s vantage point, drawing on expertise both within and outside the company. It is not a statement about how we would like the market to evolve.” Further, “The outlook highlights the growing role of developing economies in global energy consumption, and the increasing share of non-fossil fuels in global energy supply. It emphasizes the central role markets and well-designed policy can play to meet the dual challenge of solving the energy needs of billions of people who aspire to better lifestyles, and doing so in a way that is sustainable and secure. It also notes the uncertainties attached to any long term projection. The discipline of building a numerical projection sharpens our thinking, but the precise numbers are less important than the underlying story of the challenges we all face and the choices we make in producing and consuming energy.” 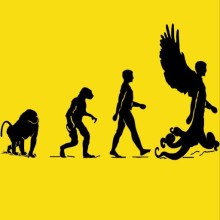 Over on Singualrity Hub, Aaron Saentz critiques eleven interesting predictions for the year 2030 made by Havard Stjernen.

1. By 2030, learning a second language will no longer be necessary.

9. By 2030, most film actors will be out of work due to competition from cheap computer animated actors.

Some of these seem well on their way to becoming true while others are a bit far fetched. But no pain no gain, if you are going to make such predictions it is good to have some fun with it and throw out a few deep “Hail Mary” style predictions. You might get lucky on one of these and later look like a genius for making the prediction.  🙂

A bit more serious group is also making predictions for the year 2030, the National Intelligence Council.

Anyone interested in understanding the future should review this important document. Interestingly the NIC report echoes what some of the less well known futurists such as Stjernen and the WFS were  saying about mega-cities for instance.

Architecture 2030 and the 2030 Challenge is an effort to reduce energy utilization used in building construction radically with carbon neutrality achieved by (you guessed it) the year 2030. Cities around the U.S. have 2030 plans, i.e. Mountain View California and Seattle Washington. You know a meme has gone big time when it gets picked up in the popular media. Comedian Albert Brooks is the first popular media figure to jump on the 2030 bandwagon with his recent dystopian novel entitled “2030”. Brook’s story is summarized nicely in another excellent review over on Singualrity Hub by Saentz.

“The crux of 2030 seems to rest on a very simple question: what will happen as the population of the US is allowed to age indefinitely? Not an ideal mind you, nor the worst possible scenario. What would happen to the US, as you know it today, continues apace for two more decades unshaken from its course of age-fighting medicine? Brooks seems pretty sure we’d f*ck it up. The troubles of 2030 are shaped by bad politics as much as they are by amazing technology. We let the gap between rich and poor, old and young, expand so that only the elders (bolstered by medicaid and social security) can afford to stay healthy. High prices in education and ridiculous interest rates keep the next generation from investing in college, struggling to make ends meet with the jobs they can get quickly. In short, for the first time in history the US raises a generation (or two) whose future looks bleaker than that of their parents.”