Humanity+ Board of Directors Elections

This January, Humanity+, the publisher of H+ Magazine, will hold its elections for the Board of Directors. Voting for the election will begin on Tuesday, January 18th, and will continue for two weeks until Monday, January 31st. Only paying members of Humanity+ are eligible to vote; in order to vote in the election, you must join Humanity+ by Monday, January 17th.

The humanityplusvote group will be used for discussing procedural issues only. Discussion about the candidates will be done both on the public wta-talk list, and on the members-only Humanity+ Google Group.

This year, three out of the ten seats on the Board of Directors are up for election, and we have five highly qualified candidates. The photos and statements of all five candidates are below, in alphabetical order. Good luck to all, and happy voting!

Humanity+ Board of Directors Candidates 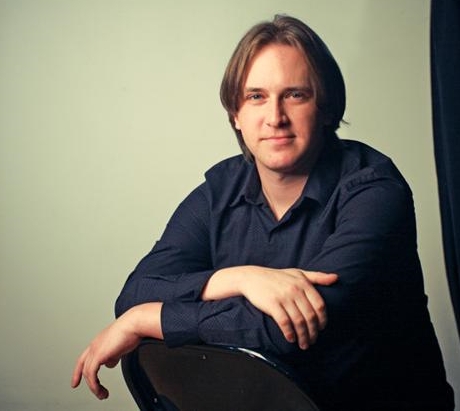 Hi, I’m Michael Anissimov. I’ve been a transhumanist since age 11 when he read Ed Regis’ book “Nano”, in 1995. In 2001 I read every web page on the internet with the keyword “transhumanism” and “Singularity”, read every essay on KurzweilAI.net, and became a volunteer for the Singularity Institute, which had just recently been founded. In 2002, at age 18 and still in High School, I co-founded the Immortality Institute with Bruce Klein and Susan Fonseca-Klein, who went on to be administrators of Singularity University. Since then, I’ve participated in many transhumanist, futurist, and cutting-edge organizations and companies, including the Foresight Institute, WTA, Methuselah Foundation, Lifeboat Foundation, Center for Responsible Nanotechnology, IEET, Kurzweil Technologies, Halcyon Molecular, and others. In 2004, I founded Accelerating Future, one of the most popular transhumanist blogs, with over 2400 RSS followers and 5,000 daily visits. Visit it at acceleratingfuture.com. I’ve written articles for GOOD magazine, participated in founding Singularity Summit, been profiled in Psychology Today, had my blog featured on G4.TV, have had articles on the front page of Digg and Reddit, been attacked numerous times by enemies of transhumanism like The New Atlantic and journalist John Horgan, quoted prominently in IEEE Spectrum magazine, and have experienced numerous other media appearances and interviews, all to spread transhumanist memes. I always come out strongly saying, “I’m a transhumanist”.

My knowledge of transhumanism significantly improved when I discovered Extropy.org in 2001 and was surprised to find a group of people with an philosophy that I thought I had invented myself only a few months earlier. I was disappointed that I couldn’t found transhumanism on my own, but happy to find people interested in the same diverse cluster of ideas I was. Since then, transhumanism has been a central focus in my life, and everyone who knows me knows that. For me, transhumanism is not philosophy, just normal everyday life. I do my best to improve my body and mind every day so that I can enjoy life and be useful to the human family as it transforms into a transhuman family. 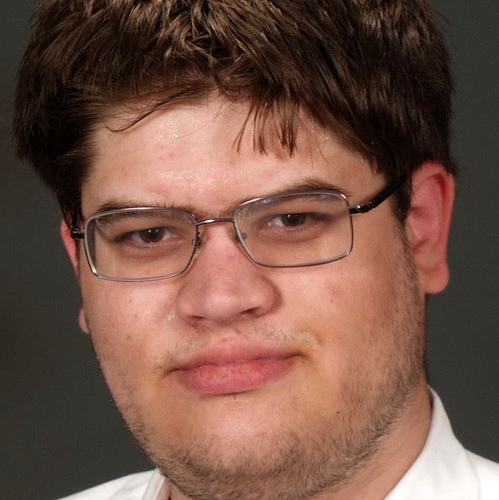 My name is Bryan Bishop. I am a technology activist– I am into making things and making things happen. My goal in running for a seat on the board is to bring more do-it-yourself biology/biohacking, DIY transhumanism, and open-source technology to H+. This perspective is desperately needed.

I work on projects at the intersection of DIYbio/biohacking, transhumanism and accelerating trends. I also do community outreach by giving talks and training at various conferences like H+ Summit 2009 and 2010 (Harvard/Caltech), Scientific Python (SciPy), and Texas Linux Fest 2010. My unique perspective and on-the-ground experience in these communities should help to provide interesting returns as a board member, especially interfacing with the open-source nanotech community via NanoEngineer. On a personal note, I am based in Austin, Texas and studied at the University of Texas at Austin in mechanical/manufacturing engineering and computational neuroscience.

It’s been known for a while that the future is all personalized- like personalized medicine in the health sector. And that’s just exciting- I am excited about personalizing the future, making it more relevant to a wider audience, and bringing in new people for projects. That’s how positive experiences are formed, through personal projects and interaction. Maybe these principles and others can be applied to help shape and form the policies that, as a board member, I want to help make happen. Transhumanism needs to be more easily hackable and accessible to mainstream audiences. Within the next two years, I want to bring in more prizes, bounties and funding for H+ projects. 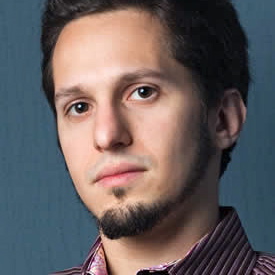 We live in interesting times – facing an upcoming century of radical uncertainty, where any number of new technologies may dramatically alter the world. Probably for the better, but possibly for the worst. It will be exciting time, and we will see transhumanism make the same transition as computers & the internet have: from a fringe area appealing to a small group of open-minded geeks to an integral part of our society, discussed daily in newspapers and television. (For as long as we still have newspapers, and television, that is!)

My most recent project in the futurist space was Breakthrough Philanthropy, which brought together 8 futurist non-profits (including Humanity+) for an evening of lightning talks, hosted by Peter Thiel, pitching futurist ideas to an audience of successful Silicon Valley entrepreneurs. The presentations are all online as videos, and at the event Jason Hope donated $500,000 to the SENS Foundation, and the Thiel Foundation matched the first $1,000 every attendee gave to each participating organization (so up to $8,000 per attendee). So, I have a modest track record of successful accomplishment.

I created Breakthrough Philanthropy because I believe that with the proliferation of futurist non-profits, there is an important role for broad central initiatives that benefit the whole movement. Since Humanity+ has a broad mission, I think it is a promising vehicle for doing more such initiatives. I am busy, so if elected I will likely pick a single project to benefit the organization and work on it, such as dramatically expanding the student chapter system.

Other background: I have only become active in the futurist and transhumanist community in the last few years, but have been interested in these topics since childhood. I live in Mountain View, CA with my wife, son & daughter, in a small intentional community called Tortuga. I have degrees in Math, CS, and an MBA. I worked at Google for 3.5 years as a software engineer, and left to become the founder and Executive Director of The Seasteading Institute (seasteading.org), a futurist nonprofit dedicated to facilitating ocean cities to experiment with new political systems (my day job). I spoke at the 2010 H+ summit on lifehacking, and at the 2009 H+ summit on seasteading.

You can learn more about me at my ancient homepage, patrifriedman.com. 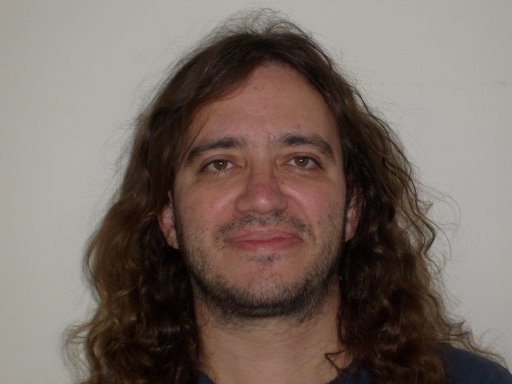 During the years I’ve served on the Humanity+ board, I’ve been a consistently active Board member. Since August 2010 I’ve been Chairman of the Humanity+ Board (following a brief stint as Chairman earlier).

My overall vision for the organization is contained in this post I wrote for the Humanity+ blog about a month ago: http://humanityplus.org/2010/11/humanitys-mission-and-goals/ and I encourage you to read that statement since I don’t want to repeat it here.

In the time I’ve been involved with Humanity+, the organization has gone through a number of changes and achieved some interesting things. Among other things, we rebranded as Humanity+; we started H+ magazine, spun it out to BetterHumans, and took it back; and we organized a series of very successful conferences. I have been heavily involved with all of these things, along with other Humanity+ projects. Most recently I represented Humanity+ at the Breakthrough Philanthropy event hosted by Peter Thiel.

I’ve also played a large role in nitty-gritty management of the organization, such as dealing with updating the Constitution and By-Laws, helping with the organization’s bank account and taxes, and so forth. And I’ve helped build an operational team of volunteers including Program Coordinator Tom McCabe and Research Director Bryan Bishop, as well as helping recruit Board members for roles such as Vice Chair, Secretary and Treasurer. These internal tasks are less visible and glamorous but are needed to keep an organization like Humanity+ running.

As well as continuing to help with the practical operation of the organization, my short to medium term Humanity+ task list includes (but it not limited to)

— helping supervise the graphical overhaul of the Humanity+ website

— getting Humanity+ more involved with practical research on transhumanist technologies (what I call the “Humanity+ Research Initiative).

— helping lead a search for a new Executive Director, who will be expected to lead fundraising and membership drive efforts, together with the Board and existing volunteers

The core reason I’m involved with Humanity+ is that I think the organization can and should be grown into something that can make a major positive difference in the world. I think the advent of radical transhumanist technologies over the next few decades is more likely to go well if a substantial plurality of the world population has a mature understanding of these technologies and their implications; and I think that, along with other valuable purposes, Humanity+ can help achieve this. 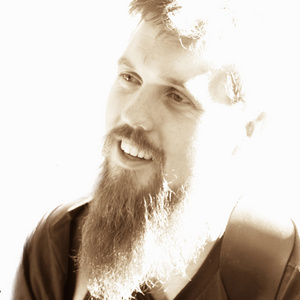 In my early teens I became conscious of the limits of the human condition and became increasingly interested in how humans could grow past those boundaries. One of the greatest joys I had was the discovery I wasn’t alone. Others also saw a future where we would be able to transcend the limitations of our current state of violence, disease and hate through a thoughtful but ambitious application of human effort. The WTA has been instrumental in providing a framework for making cognitive and moral decisions over the last decade of my life, and I’ve decided I’d like to carry the torch as a member of the WTA Board.

Over the last decade I’ve worked on a variety of projects to extend human capabilities, in both conventional science and in more forward leaning fields. In the conventional sciences I’ve worked with a number of cutting edge laboratories at UCLA, ASU and Texas A&M with degrees in Neuroscience and Bioinformatics. More related to the WTA I’m an active adviser to the Methuselah Foundation, worked with the cryonics organizations Alcor Life Extension Foundation and Suspended Animation, as well as a variety of other transhumanist projects. I am currently commercially developing interfaces for mobile computing as part of my lifelong fascination with wearable computers. I also spend considerable amounts of time cultivating memetic substrates, most notably with the BIL Conference but in other less-anarchic technology conferences PodCampAz and GeekWeek.

Humanity needs a place where ideas of consequence can be subject to rational (and sometimes irrational) debate and dissemination. As a board member for the WTA I’ll foster a haven for curious minds by supporting efforts to bring our message to university environments, a place where learned debate is flagging. I also support efforts to maintain relevancy to the rest of humanity and improve accessibility by being mindful of language and brand identity. I’ll help evolve the WTA structure to keep pace with a rapidly changing world.